Republican Senate Candidate Won’t Back McConnell If He Wins Election 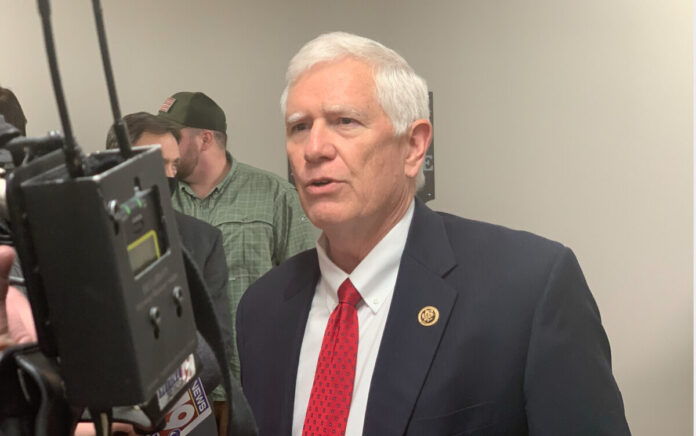 Rep. Mo Brooks (R-Ala.), running for an open U.S. Senate seat representing his state, says he will not back Senate GOP Leader Mitch McConnell (R-Ky.) if he wins the seat.

“Today, I unveil my pledge to America to fire Mitch McConnell,” Brooks said in an advertisement released by his campaign.

“If elected to the Senate, I will not vote for Mitch McConnell for leader, and I will do everything in my power to ensure that Republicans choose a conservative to be leader,” he said. “America can’t afford a Senate leader who is a weak-kneed, debt junkie, open-border RINO Republican, and who, worse yet, sells out America for special interest group cash.”

RINO stands for Republican in name only.

McConnell’s office did not respond to requests for comment.

Several other Republican candidates, including former Missouri Gov. Eric Greitens and Kelly Tshibaka, a former Alaska administration commissioner, have previously pledged not to support McConnell for another term as the top GOP senator.

Greitens has taken issue with McConnell’s actions following the Jan. 6, 2021, breach of the U.S. Capitol, claiming the senator tried to “stab President [Donald] Trump in the back.”

Tshibaka said McConnell “has repeatedly bailed out Joe Biden” on key issues by not marshaling enough Republicans to block Democrats in the evenly divided Senate.

“As an example, after rescuing Biden with the last debt ceiling increase, McConnell said he would never do it again. But he just did, and he had Lisa Murkowski’s help in doing so,” she said on Steve Bannon’s show in late 2021.

Greitens is vying for a seat that will open up with the retirement of Sen. Roy Blunt (R-Mo.), a McConnell ally, while Tshibaka is challenging Sen. Lisa Murkowski (R-Alaska), another McConnell backer.

McConnell has been the top Republican in the Senate since 2007.

Trump and McConnell have increasingly clashed since Jan. 6, trading barbs from afar.

With the upcoming retirement of Sen. Richard Shelby (R-Ala.), one of the two Senate seats representing Alabama is poised to open.

Brooks is one of several leading candidates, along with pilot Michael Durant and Katie Britt, former chief of staff to Shelby.

Polls indicate any of the three could emerge from the primary.

Durant’s campaign didn’t respond to a request for comment. Britt’s campaign pointed to previous remarks in which she declined to say if she’d back McConnell.

Sean Ross, a spokesman for Britt’s campaign, told The Epoch Times in an email that Brooks “has resorted to desperate gimmicks to try and win the people of Alabama’s support,” adding: “Alabamians want a Senator who will stand up for them and best defend our Christian conservative values. Mo Brooks isn’t doing well in the race because he hasn’t done that while in Congress or across his 40-year political career.”