With All Eyes on Russia, Serbia Nourishes Ties With China – The Diplomat 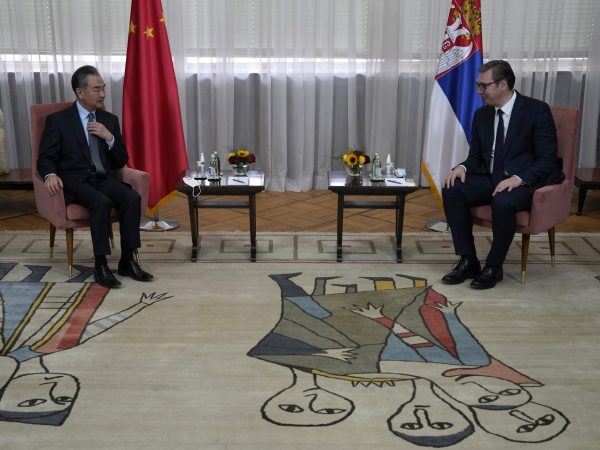 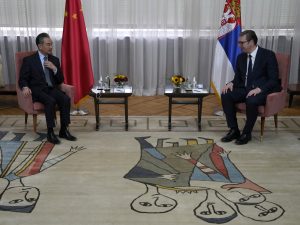 As the Ukraine war rages on, Serbia is feeling the heat because of its ties with Russia. While in the U.N. General Assembly, Serbia voted in favor of the resolution condemning the Russian invasion of Ukraine and supporting Ukrainian territorial integrity, Belgrade avoided imposing economic sanctions against Russia.

With its partnership with Russia under duress, Serbian ties with Beijing appear carefree in comparison. Indeed, the war in Ukraine provides Serbia with an opportunity to continue and boost the policy, which was already unfolding even before the war, of replacing Russia with China as Serbia’s primary non-Western partner. This policy is even more appealing as Serbia is about to undergo an electoral cycle in April 2022, making China a perfect instrument of domestic promotion for the Serbian leadership.

Since at least 2020 and the start of the COVID-19 pandemic, Serbia has gradually replaced Russia with China as its best friend in the East. While Serbian President Aleksandar Vucic kissed the Chinese flag in gratitude for Beijing’s medical aid, Russian medical aid to Serbia was not greeted with the same enthusiasm. This episode showed that Beijing had resources that Moscow did not and exposed the hidden mistrust between Serbia and Russia. Despite all the talks of Slavic and Orthodox ties, the Serbo-Russian partnership is opportunistic. Moscow is aware that Belgrade only uses Russia as leverage with the West, and Belgrade is fearful that Moscow will sell it out in a grand bargain with the West.

Later in 2020, as Serbia faced violent anti-lockdown protests, the pro-government media accused pro-Russian forces of instigating the protests with the purpose of currying favor with the West. That same year, the Serbian government was trying to resolve the Kosovo dispute with the assistance of the Trump administration in the United States. For Russia, this meant the loss of leverage in the Balkans and Serbia pivoting toward the United States. Deep mistrust between Belgrade and Moscow still exists, although the rise of Biden’s presidency forced Serbia to rekindle some of its ties with Russia. Nevertheless, despite the mutual suspicions, the two regimes still have a shared interest to combat civic dissent and “color revolutions.”

The Ukrainian war changed everything about Serbia’s approach to Russia. On the one hand, Belgrade is tied to the West as the EU and NATO geographically encircle the country. Its primary economic partner is the EU, and the Serbian illiberal regime needs political acquiescence from the West to stay in power. On the other hand, Serbia is still dependent on Russian backing in the U.N. in the Kosovo dispute. Moreover, Serbia is dependent on Russian gas, and in November 2021, Belgrade and Moscow agreed on a six-month beneficial gas price for Belgrade, which the Serbian leadership needs for reelection. Most importantly, Serbian leadership is terrified of the possibility that alienating Russia will anger a significant part of the pro-Russian electorate in Serbia and cause a political crisis.

Instead of these painful choices, partnership with China appears carefree, and the Serbian government is acting upon it. By late 2021, Chinese investments in Serbia exceeded 3 billion euros, while according to publicly available data, Chinese infrastructure loans in Serbia exceeded 8 billion euros. Serbia is already purchasing drones from China. There is a strong indication that Huawei surveillance systems, equipped with facial recognition software, were used to identify participants of anti-government protests.

During the Winter Olympics in Beijing, Vucic met his Chinese counterpart Xi Jinping to honor the “iron-clad” friendship between the two countries. Upon returning from Beijing, Serbian leadership announced that by the end of 2022, the two governments would sign a free trade agreement to increase bilateral trade to $8 billion a year and later $10 billion. While that would increase Serbia’s trade deficit and expose its manufacturers to powerful Chinese competitors, Serbian leadership hopes to attract foreign investors that way. A new agreement was also reached about China opening up a new car parts factory in the Serbian city of Nis and capacity expansion for a seating factory in Kragujevac. The two countries also plan to introduce flights from Belgrade to Shanghai and Beijing.

With its ties with Russian under intense Western scrutiny, China is even more attractive as a partner, plus the Serbian government feels it has more leeway to do deals with China. The Serbian government, alongside the Serbian Chamber of Commerce and the University of Novi Sad, formed the “Belt and Road” Institute to promote cooperation with China. The Chamber of Chinese Companies in Serbia was opened on March 3, 2022. During the opening ceremony in the facilities of the Chinese Cultural Centre, Serbian Prime Minister Ana Brnabic referred to the conflict in Ukraine: “For me, this is an extremely important day for the whole of Serbia, because we live in difficult and complicated times, when many partnerships and ties are being severed, and when we are under enormous pressure. The most difficult thing is to preserve partnerships and friendships, but also to strengthen them further and open new corridors of partnership.”

The electoral politics in Serbia benefits Sino-Serbian ties. The Chinese projects in the country enable the Serbian elites to cut ribbons and promote themselves as encouraging the influx of Chinese capital and thus helping the economy persevere in difficult times. During the first conference of the Belt and Road Institute, Serbian Minister of Construction, Transport and Infrastructure Tomislav Momirovic boasted about the roads and railways that the Serbian government is constructing with China’s help. In the wake of the campaign, the Serbian government signed several contracts with Chinese companies on construction projects, including constructing an access road and bypasses. China Road and Bridge Corporation (CRBC) will construct a 75-kilometer highway as part of the larger project of the Belgrade-South Adriatic highway.

The construction of the Chinese Sinopharm vaccine production facility is expected to be completed soon. While in September 2020, Serbia signed a U.S.-brokered agreement, according to which it will not install 5G equipment from untrusted vendors (a clear reference to Huawei), Serbia continues its cooperation with Huawei in all areas except the 5G spectrum.

With the Serbian balancing act between Russia and the West in danger,  China has emerged as the Serbian government’s “all-weather friend,” to borrow a Pakistani saying on ties with China. It may very well be that Serbian leadership will not have any other choice but to join sanctions against Russia if it wants its economy to continue using EU funds.

All of this is nothing compared to what will happen when Sino-American rivalry reaches its shores. So far, Serbia has avoided making difficult choices between China and the United States – because of the U.S.-brokered September 2020 agreement, the Serbian government is still postponing its bidding tender for the 5G spectrum in Serbia, for example. It might very well be that Serbia’s difficult choices over Russia ties amid the Ukraine war are just a teaser of what is to come.