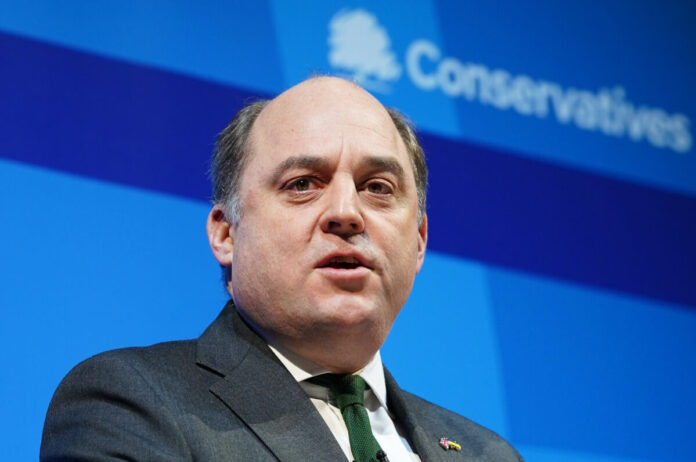 The UK government has publicly accused Russia of being responsible for hoax calls targeting British ministers.

Defence Secretary Ben Wallace and Home Secretary Priti Patel said they had been targeted by calls from imposters last week, and Downing Street revealed an unsuccessful attempt was also made to contact Culture Secretary Nadine Dorries.

“This is standard practice for Russian information operations and disinformation is a tactic straight from the Kremlin playbook to try to distract from their illegal activities in Ukraine and the human rights abuses being committed there.”

Downing Street said the hoax video calls were an attempt by President Vladimir Putin’s regime to distract from its military problems in Ukraine.

According to the latest assessment by the Ministry of Defence (MoD), the Russian advance on Kyiv remains stalled in the face of determined Ukrainian resistance, with the bulk of Moscow’s forces still more than 15 miles from the centre.

“We are seeing a string of distraction stories and outright lies from the Kremlin, reflecting Putin’s desperation as he seeks to hide the scale of the conflict and Russia’s failings on the battlefield,” the spokesman said.

The alarm was raised by Wallace after he became suspicious during a 10-minute video call on Microsoft Teams on March 17, supposedly with the Ukrainian prime minister.

He ordered an investigation into the security breach, but questions remain about the security of the government’s communications networks after Patel said the same thing happened to her earlier in the week.

Armed Forces minister James Heappey said on March 18 that the defence secretary was “very cross” as it should not have been allowed to happen.

But Heappey expressed confidence that Britain’s national security was not compromised by the hoax calls because the targeted ministers would have known not to discuss sensitive security matters on a system such as Teams, which the Russians could easily listen into.

Also on Monday, the MoD summoned Russia’s defence attache in the UK for a dressing down over potential war crimes in Ukraine.

The MoD said, “The Russian defence attache has been summoned to the Ministry of Defence for a second time in relation to the unprovoked invasion of Ukraine and the conduct of Russia’s armed forces.”

The MoD’s second permanent under secretary Laurence Lee “protested in the strongest terms against the persistent and unjustified acts of violence being committed against innocent civilians by Russian forces.”

Lee warned the UK will be “collecting evidence of war crimes” and repeated the UK’s demand for Russia to “withdraw its forces immediately.”