The CCP’s Struggle With Western Liberalism 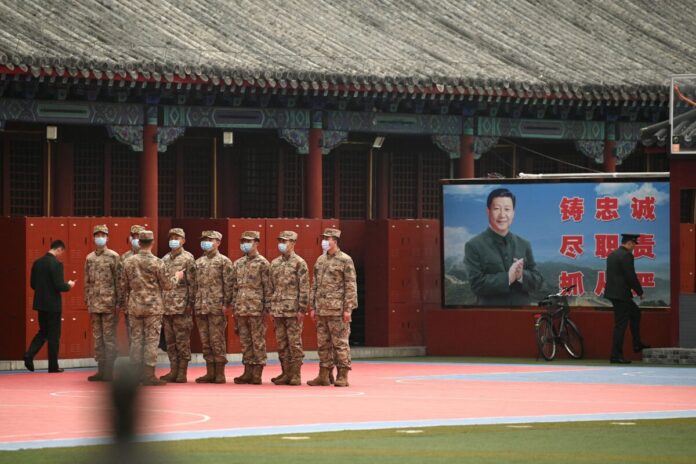 The Chinese Communist Party (CCP) is closely watching the difficulty Russia is having in Ukraine and is taking notes.

And much is notable in Ukraine.

Many expected that a Russian victory over Ukraine would have taken just a few days. Certainly, it was not expected that Ukrainian President Volodymyr Zelensky—a former actor, comedian, and political neophyte who was elected in 2019—would stand up to Vladimir Putin’s invading army.

Today, almost a month later, Russia is still trying to prevail. Ukrainian resistance has proven much stiffer than Moscow bargained for.

Moreover, the West’s reaction to the invasion is certainly greater than expected as well. The United States, Poland, Germany, and others have resupplied portable and highly effective anti-tank and anti-aircraft weaponry, medical supplies, and more that have helped thwart the Russian military’s advances.

But by far, the most important factor has been the resolve of the Ukrainian people, led by Zelensky’s undaunted leadership. Given Ukraine’s past, it should not have come as such a surprise.

Millions of Ukrainians remember how life was as a Soviet state under Russia. With decades of communist rule still in living memory, Ukrainians have no interest in becoming a vassal of Russia once more. They enjoy the freedoms they have in their republic, flawed as it may be, with elections and a comparatively expansive menu of civil rights and economic opportunity.

Besides, Russia is no paragon of economic vitality. On the contrary, it’s basically a nuclear-armed gas station that happens to sell military hardware alongside vast expanses of wheat and barley fields.

Why wouldn’t Ukrainians fight to the death to keep from being Russified?

The reality is that from 1991 until today, Ukrainians have become, for the most part, Westernized.

That’s exactly how Putin sees it. His recent bemoaning of the negative influence that the West has had on Russian and Ukrainian culture says it all.

The irony is that Putin doesn’t have to look as far as Ukraine to see the West’s influence. It’s there, within Russian society as well.

This fact may partially explain the less-than-stellar performance of the Russian army in Ukraine. By and large, it’s much more probable that Russian youth are more interested in playing video wars than actually participating in one, particularly in Ukraine, where many Russians have close family ties.

That brings us to China, Xi Jinping, and the rest of the CCP leadership. Taiwan is similar to Ukraine in several respects.

The nation is a longtime ally of the United States, with a Western outlook on life. It’s a robust society based more or less on freedom, free markets, and democratic values. Economically, about two-thirds of the global economy relies on chips manufactured in Taiwan.

Memories of Mao—Old and New

Furthermore, most Taiwanese are the children or grandchildren of mainlanders who fled to the island of Formosa in 1949 to escape Mao Zedong and the bloodbath that accompanied the communist revolution in China. Though few Taiwanese from that era are still living, all have witnessed the CCP’s crackdown on Hong Kong and the crushing of democracy and freedom there.

Plus, the Taiwanese can see the Chinese regime bullying and threatening other countries in the region, from the Philippines to Australia. Warplanes routinely violating Taiwan defensive airspace and naval wargames reinforce Beijing’s intentions. In short, the Taiwanese society and economy has much in common with the West.

Beijing is likely considering all of these factors with regard to its plans for “reunification” with Taiwan.

Beijing’s Fear of the West’s Response

The CCP must be wondering, for example, just how determined would Taiwan’s 23 million citizens be should China launch an invasion?

Would they put up fierce resistance like the Ukrainians? Would an armed civilian force greet China’s People’s Liberation Army (PLA)?

Or would it be a walkover?

Would Taipei order all critical chip factories and other technological assets destroyed, or would some kind of gradual reunification be negotiated?

The CCP must also be questioning how other nations might react if China were to attack Taiwan.

Economically, would the world boycott Chinese goods and services? Would nations in Asia and the West seize Chinese factories or freeze their assets?

And if so, would such a reaction be enough to make Beijing rethink its decision?

From a social impact perspective, the CCP may wonder just how much hardship a unified response against China’s economy would cause the average Chinese citizen. How much pain are the people willing to bear?

Culturally, Xi has expressed concern about Western influences on Chinese social norms. He has warned the country about the West’s influence in softening the masculine sensibilities, launching a masculinity campaign to counter the trend.

Would Invasion Trigger a Wider War?

Much less ambiguous, however, is Japan’s policy. Recall that Japan issued a white paper in 2021 wherein it explicitly states that its national security is directly linked to Taiwan’s. As a consequence, Tokyo is rearranging its defense strategy with a focus on meeting the China threat.

Both Russia and China are realizing that engagement with the West is a two-way street. All the propaganda in the world can’t compare to the dynamic attraction of freedom and economic vitality that the West provides. What’s more, it doesn’t take long to lose access to Western economies and their markets.

Both Moscow and Beijing have good reason to be concerned.

James R. Gorrie is the author of “The China Crisis” (Wiley, 2013) and writes on his blog, TheBananaRepublican.com. He is based in Southern California.