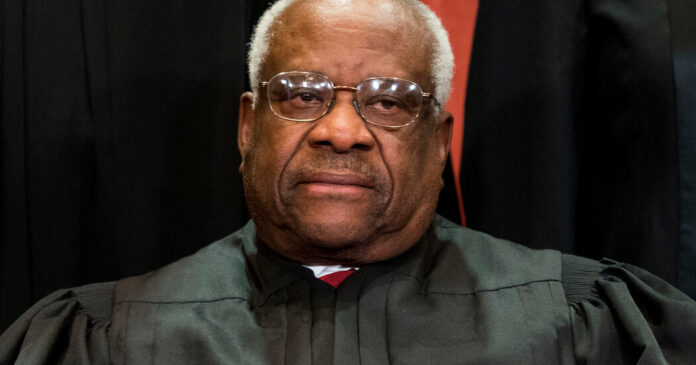 Justice Clarence Thomas, the longest-serving member of the U.S. Supreme Court, was hospitalized with an infection on Friday after experiencing flulike symptoms, the court said in a statement on Sunday.

Justice Thomas was being treated with intravenous antibiotics at Sibley Memorial Hospital in Washington, the statement said. Further details about his illness were unavailable.

“His symptoms are abating, he is resting comfortably, and he expects to be released from the hospital in a day or two,” the statement said, adding that he would participate in the “consideration and discussion of any cases” that he cannot physically be present for “on the basis of the briefs, transcripts, and audio of the oral arguments.”

Justice Thomas, 73, was nominated by President George H.W. Bush and was seated on Oct. 23, 1991, making him the court’s most senior conservative member.

He and the eight other Supreme Court justices have been vaccinated and boosted against Covid-19, The Associated Press reported.

The Supreme Court reconvenes on Monday,according to the court’s calendar.