Is it the Cuban Missile Crisis in Reverse? 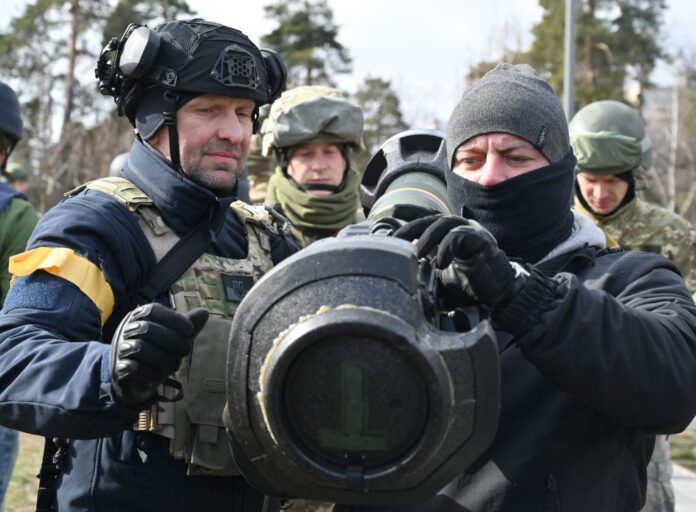 The prevailing narrative blames President Vladimir Putin for Russia’s invasion of Ukraine. While Putin is undoubtedly responsible for the humanitarian disaster that is unfolding in Ukraine, this narrative fails to consider the role that successive American administrations and NATO may have played in this tragic situation.

Although successive U.S. administrations have been trying to turn Ukraine into an American bulwark, the United States would never tolerate Canada or Mexico asking to join a military alliance with Russia and allowing weapons of mass destruction to be installed within its borders.

As noted by John J. Mearsheimer, the R. Wendell Harrison Distinguished Service Professor of Political Science at the University of Chicago:

“The United States does not tolerate distant great powers deploying military forces anywhere in the Western Hemisphere, much less on its borders. Imagine the outrage in Washington if China built an impressive military alliance and tried to include Canada and Mexico in it. Logic aside, Russian leaders have told their Western counterparts on many occasions that they consider NATO expansion into Georgia and Ukraine unacceptable, along with any effort to turn those countries against Russia—a message that the 2008 Russian-Georgian war also made crystal clear.”

In this sense, Ukraine is the political, geographical, and diplomatic equivalent of the Cuban Missile Crisis in reverse.

In 1962, the world faced a similarly dangerous situation, when, during the Cold War, the Soviets installed nuclear missiles in Cuba—a neighboring country to the United States. Faced with that looming threat, President John F. Kennedy ordered the naval blockade of the island, lifted only when the Soviet Union withdrew their missiles from Cuba.

Just as the United States did not accept, in 1962, the Soviet threat along its border, in this new kind of “Cold War,” Russia’s autocratic president is unwilling to have a U.S. military presence at his country’s doorsteps and demands the reversal of NATO’s expansionist policy.

NATO is basically a tool of the U.S., and its granting of membership to Eastern European states may not have been intended to bolster their security but, instead, could have been a means of encircling Russia and selling military weapons to more “pro-Western” governments.

In Dec. 2013, Senator John McCain, then a leading Republican voice on U.S. foreign policy, told leaders of the Ukrainian opposition camped on Kyiv’s main square that “Ukraine’s destiny lays in Europe.” When asked by CNN host Candy Crowley, on Dec. 15, 2013, whether it was a good idea to “take Russia on,” McCain replied:

“There’s no doubt that Ukraine is of vital importance to Putin. I think it was [Henry] Kissinger, I’m not sure, who said that Russia, without Ukraine it’s an eastern power, with Ukraine it’s a western power. This is the beginning of Russia, right here in Kyiv. So Putin views it as most highly important and he has put pressure on Ukrainians … The word is very clear that he has made certain threats. Whether he would carry them through I don’t know.”

Henry Kissinger, who served as United States Secretary of State and National Security Advisor under Presidents Richard Nixon and Gerald Ford, considered that Ukraine “should not be allowed to join NATO.”

According to him, “The West must understand that, to Russia, Ukraine can never be just a foreign country. Russian history began with Kyivan-Rus. The Russian religion spread from there. Ukraine has been part of Russia for centuries. The Russian Black Sea Fleet—Russia’s means of projecting power in the Mediterranean—is based in Sevastopol, Crimea (with Ukraine’s longtime agreement).”

The late American diplomat, George Kennan, in a 1998 interview given shortly after the U.S. Senate had approved the first round of NATO expansion in Eastern Europe, warned that this would result in a “new Cold War, probably ending in a hot one.”

He predicted that NATO expansion would inevitably provoke a military crisis, after which the proponents of such expansion would “say that we always told you that is how the Russians are.”

“I think it is a strategic mistake. There is no reason for this whatsoever,” Kennan admonished (pdf).

In Feb. 2014, a U.S.-backed coup in Ukraine ousted a democratically elected president. This was followed by a popular reaction in the country’s east and Russia’s annexation of Crimea, but only after a popular referendum that the U.S. did not recognise. Crimeans, who mostly speak Russian, voted overwhelmingly to join the Russian Federation.

Subject to the validity of this argument, the present conflict could be argued to have been a result of Washington’s attempt to pull Ukraine decisively into its orbit and defence structure, via NATO membership and an explicitly anti-Moscow EU association agreement. Since the mid-1990s, successive U.S. administrations have regularly pushed for NATO expansion towards the Russian border.

According to Peter Rutland (pdf), an associate of the Davis Center for Russian and Eurasian Studies at Harvard University, “President Clinton publicly supported the idea of expanding NATO membership, in order to join the alliance, applicants had to … put their forces under NATO command which meant learning English, buying compatible weapon systems, accepting NATO bases on their territory, and so on.”

The first round of NATO enlargement in the European continent occurred in 1999. It brought into NATO the Czech Republic, Hungary, and Poland. The second round, in 2004, included Bulgaria, Estonia, Latvia, Lithuania, Romania, Slovakia, and Slovenia.

Then, in April 2008, a summit held in Bucharest flagged the possible NATO membership of Georgia and Ukraine, which the Russians considered to be a “direct threat” to their nation. And it is the Russians, not the Americans and their allies, who ultimately get to decide what counts as a threat to themselves.

With 46 million people, Ukraine is the largest of the states that had split away from the Russian Federation, in 1991. About half of the Ukrainians speak Russian. The Russian Orthodox religion spread from Ukraine, and even celebrated anti-communist dissidents like Aleksandr Solzhenitsyn insisted that Ukraine is an integral part of Russia. Indeed, for 500 years it was.

The Russians had already been seriously humiliated by NATO’s decision to expand the Alliance to include former Warsaw Pact countries.

The bombing of Serbia by NATO forces in 1999 underlined the geopolitical marginalization of Russia, unable to protect its traditional ally. And now they sense that NATO has dangerously moved right up to their border, by attempting to turn Ukraine effectively into a de facto member of this U.S. military alliance.

Arguably, the best solution for the crisis in Ukraine is to turn this country into a buffer zone between Russia on one side and NATO on the other. Indeed, this conflict could be largely solved if President Biden were to formally announce that the U.S. and its allies do not want to see Ukraine ever joining NATO.

However, as British author and journalist, Peter Hitchens correctly points out: “We’ve used Ukraine as a battering ram against Russia. Ukraine is the victim of our militancy. We’ve done the shouting, they get bombed.”

Who could possibly disagree?

Augusto Zimmermann is professor and head of law at Sheridan Institute of Higher Education in Perth. He is also president of the Western Australian (WA) Legal Theory Association and served as a member of WA’s law reform commission from 2012 to 2017. Zimmermann is an adjunct professor of the University of Notre Dame Australia, and has co-authored several books including COVID-19 Restrictions & Mandatory Vaccination—A Rule-of-Law Perspective (Connor Court).

Gabriël A. Moens AM is an emeritus professor of law at the University of Queensland, and served as pro vice-chancellor and dean at Murdoch University. In 2003, Moens was awarded the Australian Centenary Medal by the prime minister for services to education. He has taught extensively across Australia, Asia, Europe, and the United States. Moens has recently published two novels “A Twisted Choice” (Boolarong Press, 2020) and “The Coincidence” (Connor Court Publishing, 2021).