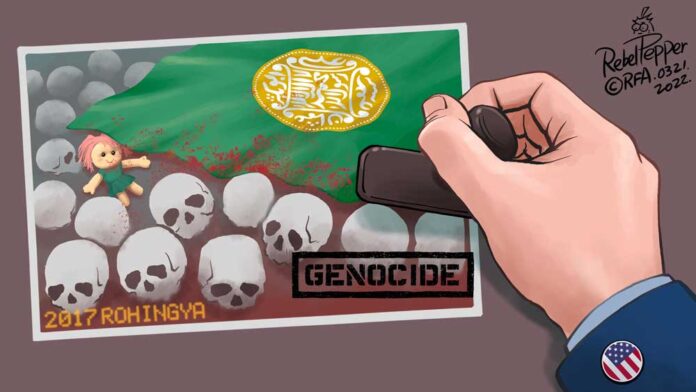 Five years after Myanmar’s military killed thousands of Rohingya and expelled 740,000 of the Muslim minority to neighboring Bangladesh, U.S. Secretary of State Antony Blinken declared that the 2016-17 ethnic-cleansing campaign met the definition of genocide. The top American diplomat cited a U.N. investigation that found Myanmar troops retaliating for attacks on border guard posts committed mass killings and gang rapes of Rohingya with “genocidal intent,” and a U.S. probe that found mutilations, crucifixions, and the burning and drowning of Rohingya children. The same military accused of genocide overthrew the government in a coup in February 2021 and has subjected wide swathes of the country to similar brutality.