No Plan for Biden to Visit Ukraine While in Europe: White House 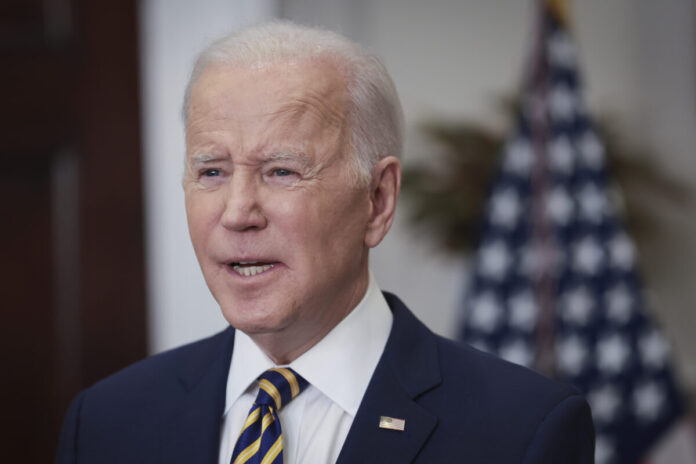 “The trip will be focused on continuing to rally the world in support of the Ukrainian people and against Russian President Vladimir Putin’s invasion of Ukraine, but there are no plans to travel into Ukraine,” Psaki wrote on Twitter.

The White House announced Tuesday that Biden will to travel to Brussels, Belgium, for the March 24 NATO summit. He is expected to meet with other NATO leaders and “discuss ongoing deterrence and defense efforts in response to Russia’s unprovoked and unjustified attack on Ukraine, as well as to reaffirm our ironclad commitment to our NATO allies,” Psaki said.

Biden will also attend the European Council summit scheduled for March 24–25. The White House said the meeting will include discussions on “shared concerns about Ukraine,” including economic sanctions on Russia and humanitarian support for those affected by the conflict.

While Psaki didn’t specify why Biden isn’t planning to stop in Ukraine, U.S. ambassador to the United Nations Linda Thomas-Greenfield on Sunday said it is unthinkable for Biden to enter a country at war.

“You have to remember, we have discouraged Americans from going into Ukraine,” Thomas-Greenfield said during an interview with CNN. “This is a country at war. I can’t imagine that [a presidential visit] would be on the table.”

Thomas-Greenfield’s comments came days after the prime ministers of Poland, Czechia, and Slovenia visited Kyiv and spoke with Ukrainian President Volodymyr Zelensky. It is understood that the trio chose to travel to the besieged city by train because flying into Ukrainian airspace could have been viewed by Russia as provocative.

The leaders met on the evening of March 15, which marked the beginning of a 35-hour lockdown imposed by Kyiv Mayor Vitali Klitschko, who demanded that citizens stay at home in the wake of a fresh round of Russian air strikes and shelling.

“Today is a difficult and dangerous moment,” Klitschko said in a statement announcing the now-lifted curfew. “This is why I ask all Kyivites to get prepared to stay at home for two days, or if the sirens go off, in the shelters.”

Petro Poroshenko, Zelensky’s predecessor, has called on Biden to make Ukraine one the destinations of his European trip.