Zelensky Says It Is Time for Meaningful Talks With Moscow 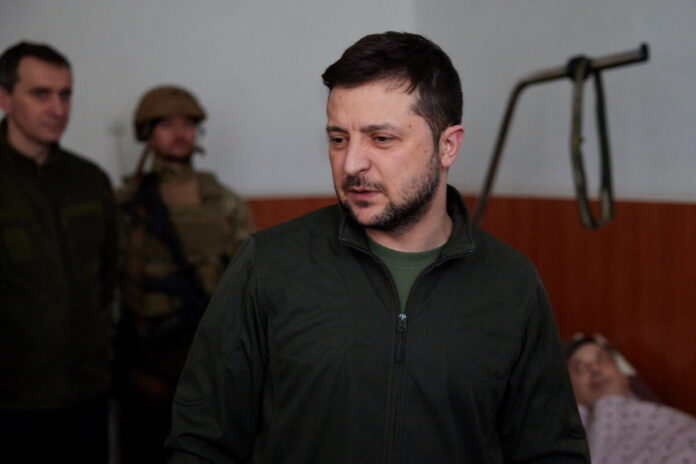 The latest on the Russia–Ukraine crisis, March 19. Click here for updates from March 18.

Zelensky Says It Is Time for Meaningful Talks With Moscow

Zelensky said Ukraine had always offered solutions for peace and wanted meaningful and honest negotiations on peace and security, without delay.

“I want everyone to hear me now, especially in Moscow. The time has come for a meeting, it is time to talk,” he said in a video address released in the early hours of Saturday.

“The time has come to restore territorial integrity and justice for Ukraine. Otherwise, Russia’s losses will be such that it will take you several generations to recover.”

The two sides have been involved in talks for weeks with no sign of a breakthrough.

Zelensky said Russian forces were deliberately blocking the supply of humanitarian supplies to cities under attack.

Zelensky said there was no information about how many people had died after a theater in the city of Mariupol, where hundreds of people had been sheltering, was struck on Wednesday. More than 130 people had been rescued so far, he said.

Ukraine’s defense ministry said late on Friday it lost access to the Sea of Azov “temporarily” as invading Russian forces were tightening their grip around the Sea’s major port of Mariupol.

“The occupiers have partially succeeded in the Donetsk operational district, temporarily depriving Ukraine of access to the Sea of Azov,” Ukraine’s defense ministry said in a statement.

The ministry did not specify in its statement whether Ukraine’s forces have regained access to the Sea.

Russia said on Friday its forces were “tightening the noose” around Mariupol, where an estimated 80 percent of the city’s homes had been damaged. Some 1,000 people may still be trapped in makeshift bomb shelters beneath a destroyed theater.

Mariupol, with its strategic location on the coast of the Sea of Azov, has been a target since the start of the war on Feb. 24 when Russian President Vladimir Putin launched what he called a “special military operation.”

Russia on Friday demanded that Google stop spreading what it called threats against Russian citizens on its YouTube video-sharing platform, a move that could presage an outright block of the service on Russian territory.

The regulator, Roskomnadzor, said adverts on the platform were calling for the communications systems of Russia and Belarus’s railway networks to be suspended and that their dissemination was evidence of the U.S. company’s anti-Russian position. It did not say which accounts were publishing the adverts.

“The actions of YouTube’s administration are of a terrorist nature and threaten the life and health of Russian citizens,” the regulator said.

Russia will start work on its own Mars mission given that the European Space Agency (ESA) has suspended a joint project in the wake of the Ukraine invasion, Interfax news agency quoted a top official as saying on Friday.

The ESA announced on Thursday that it would be impossible to continue cooperating with Russia on the ExoMars mission. A Russian rocket had been due to transport a European-made rover to Mars later this year.

“In the very near future we will start working on the implementation of a mission to Mars,” said Dmitry Rogozin, head of Roskosmos, Russia’s space agency.

Interfax quoted him as saying he did not think a rover would necessarily be needed since Russia’s existing landing module, which is designed to transport the rover, would be able to carry out the required scientific work.

Rogozin said there were “big doubts” about what the ESA could do without Russia, which already had a rocket, a launch site, and the landing module. The ESA would need at least six years to develop its own module, he said.

In response to sanctions, Roskosmos has already suspended cooperation with Europe on space launches and announced it would stop supplying rocket engines to the United States.

New Delhi has not imposed sanctions against buying oil and gas from Russia nor has any plans to do so.

It has so far abstained on votes at the U.N. condemning Russian aggression in Ukraine.

It appears that India will continue its purchases despite sanctions against Russia by the United States and other Western countries.

According to Indian media reports, Russia is offering a discount on oil purchases of 20 percent below global benchmark prices.

India is the world’s third-largest energy-consuming nation, and it has acquired multiple cargoes of Russian oil from traders that would have otherwise have gone to Europe before western sanctions on Moscow.

Bryan Jung and Reuters contributed to this report.