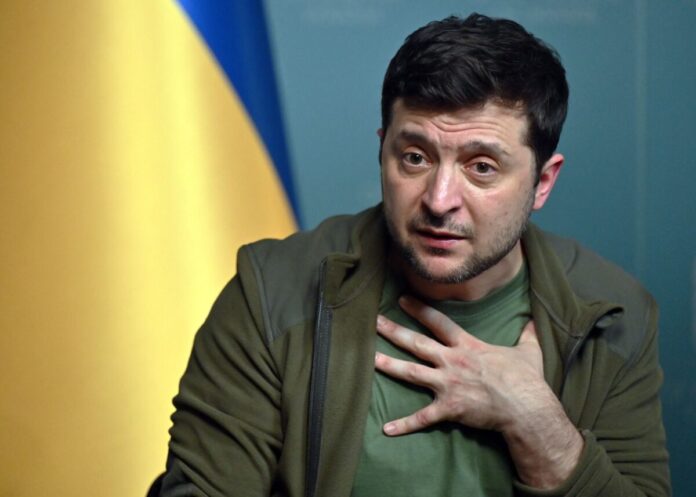 Ukrainian President Volodymyr Zelensky and the Ukrainian people have been nominated for the Nobel Peace Prize.

Ayaan Hirsi Ali, a former member of the Dutch Parliament, Karin Karlsbro, a member of the European Parliament, and nearly three dozen other former and current European lawmakers urged the Norwegian Nobel Committee to nominate Zelensky and the people of Ukraine due to the Russia-Ukraine war.

“The world is shocked by the images of war coming from Ukraine. Millions of families are now living in fear, their homes and livelihoods threatened by bombardments and an invasive army. We are witness to the courage of the people of Ukraine withstanding this war waged upon them by the Russian Federation,” the letter, dated March 11 and released on March 17, states.

“Brave Ukrainian men and women are fighting to preserve democracy and self-government. From the defiance democratically elected Ukrainian President Volodymyr Zelensky to the man with tears in his eyes saying goodbye to his family to fight for his country, people all over Ukraine are rising up to resist the forces of authoritarianism. Our words of sympathy and support can hardly do justice to the sacrifices they make for the principles of human rights and peace.”

One way to support the people of Ukraine is for them to get the prize, the politicians argued.

They asked the committee to re-open the nominating procedure, which closed in January, until the end of March to allow for the nomination of Zelensky and other Ukrainians.

“Although we are aware that this is a break with procedure, we do believe that this break is justified by the current unprecedented situation. It is our democratic duty to stand up to authoritarianism and to support a people fighting for democracy and their right to self-government. The veneer of civilization is paper-thin, we are its guardians and we can never rest,” the group wrote.

The committee did not immediately respond to a request for comment.

Before the deadline, the committee received 343 nominations, including 251 for individuals, an increase from 329 for the 2021 prize.

That prize was awarded jointly to Maria Ressa, a Filipino journalist who founded an outlet called Rappler, and Dmitry Muratov, editor-in-chief of Novaya Gazeta, a Russian newspaper.

“Free, independent and fact-based journalism serves to protect against abuse of power, lies, and war propaganda. The Norwegian Nobel Committee is convinced that freedom of expression and freedom of information help to ensure an informed public. These rights are crucial prerequisites for democracy and protect against war and conflict,” the committee said at the time. “The award of the Nobel Peace Prize to Maria Ressa and Dmitry Muratov is intended to underscore the importance of protecting and defending these fundamental rights.”