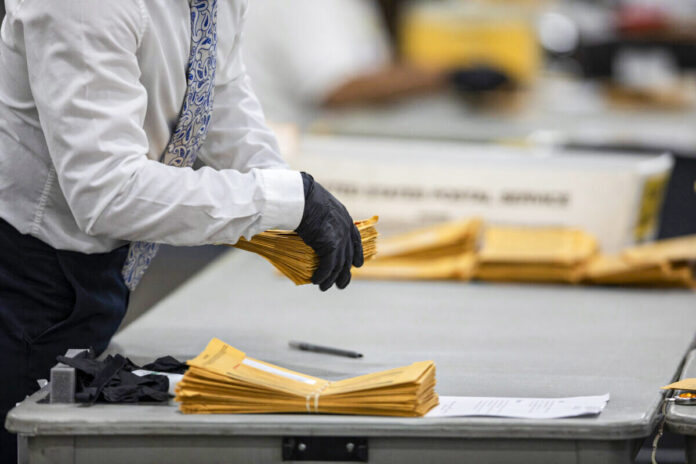 Wisconsin Assembly Speaker Robin Vos has said that he doesn’t believe that decertifying the 2020 election would be legally possible.

Vos, a Republican, met with GOP activists at the state Capitol on March 16 who are seeking to decertify the 2020 election in the state before he rejected calls to decertify.

“I still believe that the Constitution and my oath that I took as an elected official does not allow me to decertify any election whether I want to or not,” Vos told reporters in Madison. “That’s not going to happen.”

Vos also said there “are some people who think that the Legislature has a unilateral ability to overturn the election.”

“I think there was widespread fraud, and I think we are going to see more and more data that comes out” following an investigation headed by former Wisconsin Supreme Court Justice Michael Gableman, Vos said. In 2021, the speaker tapped Gableman as a special counsel to investigate the 2020 election in Wisconsin.

However, some Wisconsin Republicans say they believe Vos is incorrect in his assessment.

”This isn’t a Democrat or Republican issue, and I think some of the people inside that are accountable are in that room right now,” state Rep. Timothy Ramthun, a Republican, told NBC15. “I think those people don’t want to see closure on this. That’s why they’re dragging us all along.”

Ramthun said he attempted to attend the March 16 meeting between Vos and the Republican activists, but was kicked out of the room.

“More obstruction,” Ramthun told The Associated Press as he left. “This is what I have been dealing with now for 17 months.”

Earlier this month, a 136-page interim report released by Gableman, the special counsel, said he has uncovered numerous instances of lawbreaking in Wisconsin during the 2020 election.

In the March 1 report, Gableman wrote that his investigation had uncovered instances of numerous votes cast by mentally incompetent nursing home residents, noncitizens, and ineligible felons. He cited the use of unstaffed absentee ballot drop boxes by municipal and county clerks, in violation of state law.

Laws also allegedly were violated when the Wisconsin Elections Commission exceeded its authority by ordering local election officials to disregard state statutes that regulate absentee voting, according to the report.

Steven Kovac contributed to this report.