Volunteers Lining Up for Ukraine at Mercy Works in Texas 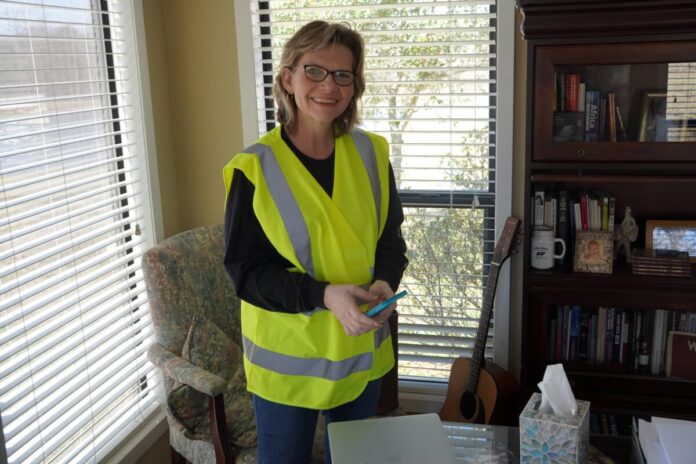 LINDALE, Texas–Leaving for Poland today, March 18, to aid Ukrainian refugees is the first group of 200 people who have expressed a desire to travel to the stricken area with Mercy Works of Texas. If this group of volunteers is typical of small, faith-based non-profits in America, much of what they do, where they go, how much they spend, and how they distribute the food and medicines they buy, may go unnoticed.

Largely, only the recipients and volunteers coordinating relief work–and their supporters at home–will ever know the full amount of effort that goes into helping those in need.

But if Mercy Works of Texas is any indication, a significant amount of cash and volunteers will be funneled into Ukraine and surrounding countries that are trying to meet the crush of humanity–more than 3 million people by official estimates on March 17–fleeing the Russian military advance into Ukraine.

Mercy Works is a tiny 501(3) (C) non-profit in East Texas, with only six full-time, unpaid, staff and a handful of part-time volunteers. The staff are vetting volunteers, funneling multiple thousands of donated dollars to orphanages in Poland, Romania, and Moldova, and coordinating the evacuation by bus of orphans from Ukraine to safe harbor in neighboring countries.

This is all accomplished by phone and social media apps, utilizing a network of volunteers who have years of experience working with orphans.

The hard work of pulling off the coordination is a familiar process for the full-time staff of Mercy Works, some whom have worked there for years.

“I have no doubt I will eventually be going to Ukraine,” said Registered Nurse Karen Youngblood, who has volunteered with Mercy Works for 16 years. She recently returned from northern Iraq, where she has been working with the Kurds.

“From what I’ve seen, the effects of this war on the people are going to last for years,” she said.

Starting in 1996, Mercy Works has rallied short-term volunteers and relief supplies to crisis points around the world—including Bangladesh, Haiti, and Japan.

They were there when the Twin Towers fell in New York City, and on the Louisiana coast when Hurricane Katrina devastated New Orleans. They chartered one of the world’s largest cargo planes to fly relief supplies into South Sudan in 2002, sending volunteer medical teams into harm’s way during the second civil war.

Registered Nurse Debbie Lascelles, the director of Mercy Works, is also a veteran of relief efforts in Sudan, Albania, and New York’s Twin Towers, among other war and disaster zones.

She will arrive in Poland with a small group of volunteers, “primarily to work with orphans,” Lascelles told The Epoch Times.

“There were 100,000 orphans in Ukraine before the war began,” she said, “and who knows how many more now? Generous donations are pouring in to help these forgotten children who, now, don’t even have an orphanage to live in. I can’t imagine what that’s like for them.”

Mercy Works are sending their donated dollars to needy areas in and out of Ukraine, she said.

“For the past few days I’ve been sending $5,000 amounts to orphanages we know need the funds to evacuate, feed, and clothe these kids. We’ve also been guiding a woman who—completely on her own—is taking 63 orphans out of Ukraine.”

Even as The Epoch Times spoke with Lascelles, she was completing a bank transfer of $5,000 to an orphanage via her cell phone, while sitting at her desk. Looking weary, she clutched the phone afterwards and said she could not stop what she was doing.

“I don’t get to rest right now,” she said . “With only six staff to do all the logistics, everyone is working overtime.”

Seven vetted volunteers will fly with Lascelles to Warsaw, stay two weeks, and come home, she said. Then another group will go. Then another. And another.

“We are headed with this first team to a stadium in Warsaw, where we are told about 25,000 refugees are staying. But our advance team has been on the ground assessing needs in Moldova, Romania, and Poland. We’ll send people and money there, too. We’ve purchased a van in Poland with donated dollars, and we’ll be using it to get our volunteers around. There’s going to be plenty of work for everyone to do,” Lascelles said.

The minimum time to serve the refugees with Mercy Works is two weeks, but some are willing to stay for months. Mercy Works volunteers will be going “anywhere and everywhere” to aid the refugees of war-torn Ukraine, she said.

“It takes time to gather the information where they are most needed, and to vet the volunteers,” Lascelles said. “But this crisis is not going to be over anytime soon. The volunteers will be needed for quite awhile.”

The profile of a needed volunteer is three-fold, she said.

“We need people with listening skills who will sit and listen, and help these needy people get settled, get around, and be comforted. We are hiring translators so our volunteers can accomplish that. If there are Ukrainian speaking volunteers that would be helpful, too. And we could use long-term volunteers as well.”

Retired Trauma Counselor Dr. MaryDale Salston told The Epoch Times there is reason to be cautious when volunteering with traumatized people.

“Volunteers will be traumatized too, and definitely impacted by the brutality of the stories they hear,” she said. “They need to be prepared to manage their responses and remain calm, to be effective.”

Those types of concerns while volunteering with Mercy Works are a constant reality, Lascelles said, if not from actual bombs and bullets, then from the scenes of trauma that play out before them.

“I’ve come home with PTSD from the war zones I’ve worked in,” she said. “It can happen. That’s why we debrief our volunteers every evening, asking if they heard, saw or felt anything that troubled them during the day. When we get back home, if they still need to see a trauma counselor, we try to arrange that in the area they are from. I got over my PTSD by talking to friends, trauma counselors, and prayer.”

As a Christian relief organization, Mercy Works gets requests for spiritual guidance materials, as well as money for food, medicines, and gas to get out of Ukraine.

“There are a lot of Christians in Ukraine, and many of them couldn’t take a Bible with them,” Lascelles said, “so we’re getting many requests for Ukrainian-language Bibles. We could use donations of those right now.”

Money is the best way to donate, because of costly obstacles like shipping.

“It’s better to donate $20 to us to buy a blanket over there, than donate a blanket we have to ship,” she said. “People can donate at MercyWorks.org and we are very grateful for that,” she said.