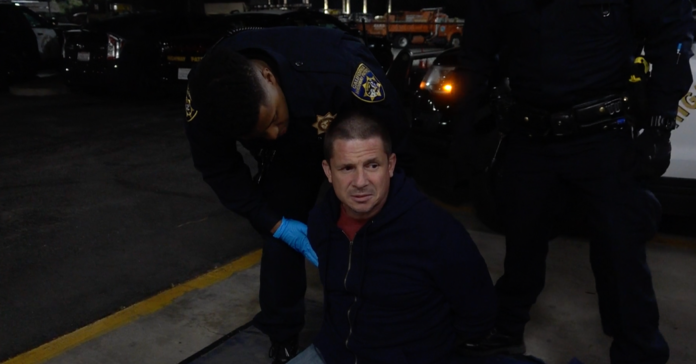 Michael Carrillo, one of the lawyers for Mr. Bronstein’s family, said prosecutors in the office of Los Angeles County District Attorney George Gascón should bring charges against the officers involved.

The officers showed “no reverence for human life whatsoever,” Mr. Carrillo said in an interview.

Greg Risling, a spokesman for Mr. Gascón’s office, said that “the matter remains under review.”

Mr. Bronstein was driving in Burbank around 1 a.m. on March 31, 2020, when he was pulled over, Mr. Carrillo said. He was about five minutes from the house in Burbank where he lived with his father, Ms. Palomino said.

They placed him in handcuffs and brought him to the station parking lot near Pasadena. The video, which was filmed by a police officer using what appeared to be a hand-held camera, showed Mr. Bronstein kneeling before the officers, his arms behind his back.

“This is wrong,” Mr. Bronstein said.

“You’re bringing the fight to this, not us,” an officer told him.

“I’m not fighting at all,” he responded.

The officer told him to take a seat and provide his arm.

“This is your last opportunity,” the officer said. “Otherwise you’re going face down on the mat and we’re going to keep on going.”