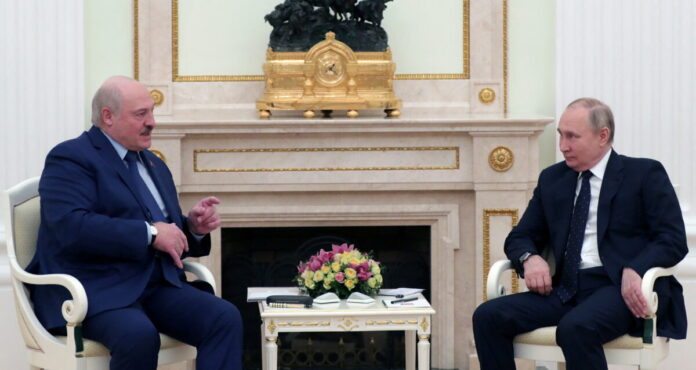 The latest on the Russia–Ukraine crisis, March 18. Click here for updates from March 17.

The U.S. House of Representatives overwhelmingly backed legislation on Thursday to remove “most favored nation” trade status for Russia and Belarus over the invasion of Ukraine, paving the way for higher tariffs on imports from the countries.

To become law, the measure must also pass the Senate. Senate Democratic Majority Leader Chuck Schumer said it would move through the Senate quickly, after approval by the House.

The move to revoke Russia’s status at the World Trade Organization is being coordinated with similar efforts by other G7 democracies. It would automatically raise U.S. tariffs to non-WTO rates for imports from Russia and it authorizes U.S. President Joe Biden to proclaim higher tariff rates on products from both Russia and Belarus.

Cheng Guoping, Commissioner for Foreign Affairs and Security Affairs at China’s foreign ministry, met with Andrey Denisov of Russia and exchanged views on bilateral counter-terrorism and security cooperation, according to the statement.

Australia imposed sanctions on Friday on two Russian oligarchs with links to its mining industry, one of them a billionaire with an investment connection to Rio Tinto’s Gladstone alumina refinery joint venture.

“Australia has now added two billionaires with links to business interests in Australia, Oleg Deripaska, and Viktor Vekselberg,” Payne said in a statement.

The measures are in addition to curbs on 41 oligarchs and immediate family members who already face targeted financial sanctions and travel bans, she said.

Japan said on Friday it will impose sanctions against 15 Russian individuals and nine organisations, including defence officials and state-owned arms exporter Rosoboronexport.

The sanctions, which include asset freezing, are the latest in a series of measures by Japan following Russia’s invasion of Ukraine.

Japan has now slapped sanctions on 76 individuals, seven banks, and 12 other organisations in Russia, according to the finance ministry.

The Associated Press and Reuters contributed to the report