Mail Ballot Rejections Surge in Texas, With Signs of a Race Gap 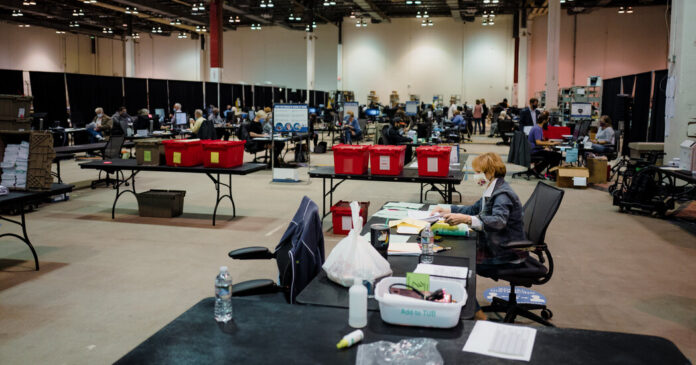 The vast majority of ballots were rejected because of rules set last year that required voters to provide their driver’s license number or partial Social Security number. Many either did not fill out the section on their ballot that asked for the identification number or had a different ID on file with election officials, and their ballot was rejected. Texas grants voters a limited window of time to address problems with their ballots in a process called “curing,” but The Times found that more than 18,000 were never fixed. (Voters could take their rejected ballots, if they received them in time, to a polling place to vote in person.)

Because Texas counties decide whether to hold a joint primary or separate party primaries, and only some counties report separate partisan turnout totals, it is difficult to assess any partisan advantage from the ballot rejections. In Harris County, for example, more than 3,800 rejected ballots were in the Democratic primary, and roughly 3,100 rejections were in the Republican primary. But the rate of rejection for Republican ballots in Harris County was higher, at 20 percent, than the rate for Democratic votes, which was 17 percent.

In Denton County, in the populous Dallas suburbs, 638 ballots were rejected in the Republican primary, or 20 percent of absentee ballots cast, and 262 were thrown out in the Democratic primary, roughly 10 percent.

Republicans in the Legislature last year heralded the voting bill as strengthening election security and argued that it would expand ballot access.

“By making it easier to vote and harder to cheat, we have dramatically improved elections across Texas,” Lt. Gov. Dan Patrick, a Republican who championed the law, said when it passed.

But the sharp rise in ballot rejections, coupled with what election officials across Texas said was a flood of voters calling them with questions, suggests that the state’s overhauled electoral process has confused thousands of voters and threatened to disenfranchise thousands more.