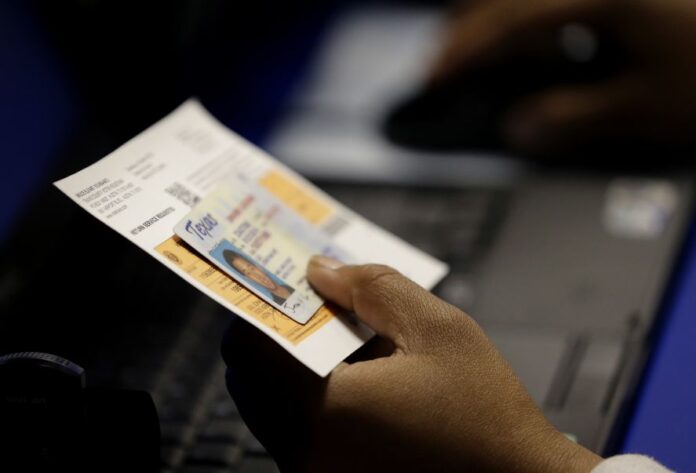 The certainty of protracted litigation has prompted sponsors of a California Voter ID initiative to push their prospective 2022 ballot measure to 2024.

Reform California filed its prospective ballot measure, Voter Identification and Registration Requirements Initiative, in September and received clearance shortly after to begin collecting the 997,139 signatures necessary by the April 26 deadline to get the proposal on the state’s June 30 ballot.

However, even if it could meet the “tight deadlines” in securing the needed signatures, Reform California Chairman Carl DeMaio said it is evident that state officials and the Democrat-controlled State Assembly were intent on keeping the Voter ID measure off the ballot.

DeMaio said California Attorney General Rob Bonta and legislative analysts have told the group “they think our initiative is illegal. That gave us pause to try to find out what exactly they would do to stop this initiative.”

Rather than plunge ahead with a costly, labor-intensive petition drive, Reform California will recalibrate its effort for 2024 while “installing as many safeguards as possible” to survive inevitable legal challenges, he said.

“We need to anticipate which ways it can be overturned or nullified after the vote because that is what the Democrats have done in California,” DeMaio said. “They’ll try to overturn the election afterwards” if they can’t defeat it at the polls.

And the measure, he said, would pass because stiffening Voter ID requirements is widely supported, even in deep blue California.

“If we get a fair vote on this, we will overwhelmingly win this election,” DeMaio said.

The prospective ballot measure would require residents to provide their social security number in order to register to vote. It would also require counties to evaluate wait-times for voting in person after each election and address “unreasonably long wait times identified in any polling location or voting center.”

Under the proposal, a citizen may seek judicial review of the state’s or county’s performance in complying with the ballot measure itself.

“One of the things they put one the table is they thought they could challenge it” under federal law because it requires a social security number to register to vote, DeMaio said.

“We disagree with this, however these are liars, cheats, and thieves that we have to be prepared for. Their goal is to keep this from being on the ballot or invalidate it after the fact,” he said.

At this point, DeMaio said, the group has opted not to spend time and money gathering signatures when the “attorney general can just say, ‘I’m not putting this on the ballot.’ We’d have to sue and then it would be a protracted fight” that would knock it off the 2022 ballot anyway.

The prospective California Voter ID ballot initiative was one of six vying for the 2022 ballot across the country. The only one guaranteed to go before voters in November is in Arizona.

The Arizona Legislature on Feb. 28 essentially adopted Arizonans for Voter ID’s proposed Voter Identification Requirements for Mail-In Ballots and In-Person Voting Measure in a resolution and placed it on the ballot, saving the group from needing to collect 237,645 valid voter signatures necessary by July 7 to get the proposal before voters.

Nevada’s initiative has drawn lawsuits from the Elias Law Group, the Washington D.C. law firm of Marc Elias, a prominent elections law attorney who works with Democrats, but sponsors are containing to collect signatures while defending their measure in court.

DeMaio, who hosts a daily radio show, ‘The DeMaio Report” on KOGO in San Diego, is a former San Diego city councilman who founded Reform California in 2003. The group is the “largest center-right organization in the state,” he said.

Reform California has sponsored recall elections and ballot initiatives, including 2018’s Proposition Six, which asked voters to repeal the 2017 Road Repair and Accountability Act, which raised the state’s sales taxes on gasoline by 12 cents per gallon, on diesel by 20 cents per gallon, and raised annual vehicle registration fees by $25 to $175.

The campaign was widely supported when the petition read “Repeal the Gas Car Tax” but when the ballot measure title and summary language was published, support dramatically declined; it garnered just 43 percent of the vote.

California law allows elected officials to craft ballot measure titles and summaries. In most states, sponsors provide the language, which is reviewed by legislative analysts and/or the courts, including state Supreme Courts, such as in Florida.

Reform California’s “Repeal the Gas Car Tax” petition drive was “given the title, ‘Eliminate road repair and transportation projects,’ which is a lie,” DeMaio said.

“It is how voter fraud, election fraud, happens in California; how they are lying to voters and how, here in California, we actually have corrupt politicians who like to put their thumb on the scale in elections.”

The ballot language issue has been debated for years but, he said, with Democrats firmly in control of the state, there’s no incentive for the dominant party to change the law.

The prospective Voter ID ballot measure title and summary were “not without bias” but not as “biased, false, and misleading” as the wording in Proposition Six, DeMaio said.

“In the meantime, what we are doing is trying to educate voters on things we can do to police elections and fight for election integrity across the state and at the county-by-county level,” he said, citing a March 15 report by the Transparency Foundation following its audit of the state’s 2021 gubernatorial recall election.

The audit analyzed a sample of 7.1 percent of voters currently listed as eligible voters on California’s rolls.

The study found: There were 83,725 “high-risk ballots” mailed to voters who had not voted since at least 2016; Comparing U.S. Postal Service’s National Change of Address database against county voter rolls uncovered 910 confirmed “erroneous ballots” mailed to old addresses; 17,715 “questionable votes” cast by voters who registered years ago, never voted in subsequent elections, “but suddenly returned a ballot during the 2021 Recall Election.”

The Transparency Foundation is a San Diego-based nonprofit that includes the Center for Civic Engagement, the Open Government Institute, the Center for Public Finance Transparency, and Conflict Watch, which lobbies for “strong disclosure rules to combat self-dealing and conflicts-of-interest in public institutions.”

DeMaio is the foundation’s president and CEO. It “does not do political activity or support candidates but it can do public policy research, do audits,” he said.

If a comparison of registered voter rolls with Post Office change-of-address data can raise such questions without fostering remedies, DeMaio said, it further “weakens trust in elections.”

“The Democrats will say an all-mail-in election without voter ID is not a problem, You should have to prove [a problem] before anything is done,” he said.

“Reform California disagrees. Why would you want to take the risk? We’re talking about billions of ballots [nationwide] sent to the wrong address, hundreds of thousands sent to people who cannot vote. Any other enterprise would be shut down for incompetence.

“Yet,” DeMaio continued, “California Democrats have created a template that Democrats nationally want to use in every state. Every Democrat in the country would love to have California’s failed elections system in their state. You can’t have a healthy democracy when 30 to 35 percent of the population don’t trust elections. It’s a terminal illness” for a democracy.