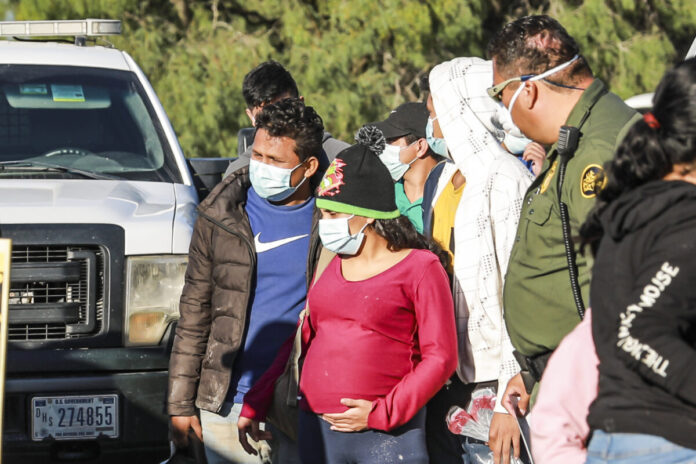 A new report from NumbersUSA has revealed that 17,800 square miles of open space in the U.S. was claimed by development between 2002 and 2017.

That area is about as large as Connecticut and Maryland put together.

“The rate of sprawl in this century has slowed down fairly substantially from what it was in the ‘70s through the 1990s. That’s the good news, and it’s for a variety of reasons, some of which are not so good—the 2008 meltdown, for example,” said Leon Kolankiewicz, scientific director for NumbersUSA and the lead author of “From Sea to Sprawling Sea,” in an interview with The Epoch Times.

“The bad news, if I could put it that way, is that population growth represents an ever-larger share of the forces driving that urban sprawl.”

In a 2015 report, Pew found that 55 percent of population growth in the U.S. between 1965 and 2015 stemmed from immigrants or their descendants.

Pew projected that 88 percent of U.S. population growth from 2015 through 2065 will result from immigrants and their descendants.

A 2019 report from the Center for Immigration Studies (CIS) shows an even more dramatic trend. CIS’s analysis of data and projections from the U.S. Census Bureau suggests that future immigration could drive 95 percent of U.S. population growth between 2017 and 2060.

The year starting July 2020 and ending July 2021 marked a watershed in immigration-driven population growth. According to the U.S. Census Bureau, it was the first year on record that net international migration directly accounted for a greater proportion of population growth than natural increase.

NumbersUSA’s interactive online map shows new development has been dominated by population growth in many of the states with the largest foreign-born populations.

In California, for example, where roughly a quarter of the population is foreign born, 86 percent of the open space lost from 2002 through 2017 was lost because of population growth.

Texas, home to fully 11 percent of the nation’s immigrants according to Pew, sacrificed a staggering 2,616 square miles of open space to development during that 15-year period, with 73 percent of that sprawl chalked up to population growth.

Florida, home to another 10 percent of the U.S. immigrant population per Pew, stands out even more starkly. Population growth claimed fully 95 percent of the 1,065 square miles of open space lost from 2002 to 2017.

Kolankiewicz told The Epoch Times that most anti-sprawl activists “don’t want to touch the population issue with a 10-foot pole, because it’s mostly immigration driving it right now.”

“They prefer to deal with those things that are more politically correct—forcing people to live in higher-density residential areas,” he added.

“Recognition by scholars that population growth is a major (not the only) driver of urban land expansion and sprawl is sharply at odds with the way the news media and anti-sprawl activists in the United States have tended to portray the causes of sprawl,” the report states.

“The news media and anti-sprawl activists have chosen to accept that rapid, unending U.S. population growth on the order of 20 to 30 or more million new residents per decade is a given and a fait accompli. They have no intent of questioning or challenging it.”

The report points out the tension between politicians’ actions or commitments on immigration and, on the other hand, the conservation of American open lands.

The Biden administration, for example, has promoted a 30 by 30 initiative aimed at protecting 30 percent of U.S. land and water by 2030.

“Many of the same politicians and groups who are ambitiously calling for protecting 30 percent of the United States land area from development by 2030 are also advocating large increases in immigration that would swell the U.S. population even further,” the report states.

Sprawl is also a major cause of habitat loss and fragmentation.

“There’s no dispute that this [habitat loss] is the largest single cause of the biodiversity crisis, both for flora and fauna,” Kolankiewicz said.