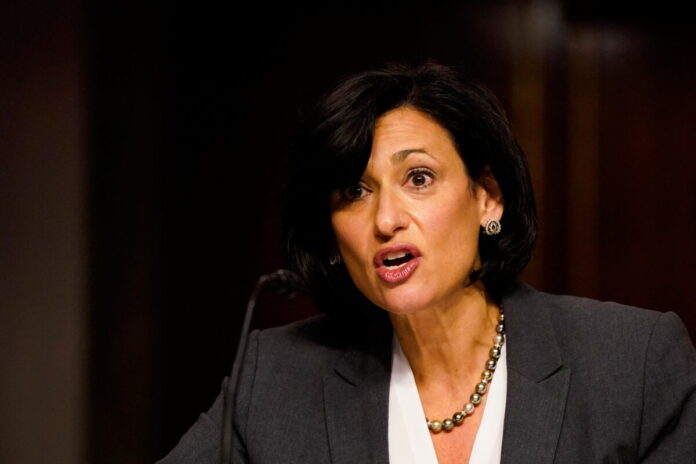 The Centers for Disease Control and Prevention (CDC) is working with U.S. drug regulators to assess whether a second COVID-19 vaccine booster is needed, CDC Director Rochelle Walensky said on March 17.

The doctor appeared to be referring to two studies the CDC published in its quasi-journal in February that found the effectiveness of a booster dose in those who received the Pfizer or Moderna primary series waned from 91 percent to 78 percent as time went on.

The two-dose primary regimens of the shots provide little protection against infection from the Omicron virus variant and wane considerably in terms of shielding against severe disease, according to research and real-world data.

That’s triggered a widespread push for a booster—but studies suggest the boosted effectiveness wanes as well, triggering some calls for what would be a fourth dose.

Pfizer and its partner on Tuesday asked the Food and Drug Administration for authorization for a fourth dose in all Americans 65 and older.

Speaking for the first time since the request, Walensky said the CDC was aware of a new study from Israel reporting on results of a nonrandomized trial that found a second booster was “immunogenic, safe, and somewhat efficacious (primarily against symptomatic disease).”

But Israeli researchers also said the results suggested “maximal immunogenicity” of the Moderna and Pfizer vaccines is achieved after three doses, adding, “A fourth vaccination of healthy young health care workers may have only marginal benefits.”

“We are following those data; we’re also working within the FDA, and with our pharmaceutical partners, of course, to understand the benefit of that vaccine—that fourth shot—the timing of it and in whom it should be recommended in the weeks and months ahead,” Walensky said.

She was speaking during a virtual event held by the Bipartisan Policy Center.

Pfizer and BioNTech said their request for authorization was based on datasets from Israel that were alleged to show evidence that another booster increases protection and results in lower rates of infections and severe disease.

An FDA spokesman confirmed receipt of the request and said officials would review it “as expeditiously as possible using our thorough, science-based approach.”

Some experts back the push for another booster, primarily to up protection against infection. Others do not, noting the first booster did little to restore that protection and that its protection against severe disease is adequate, at least for now. There are also concerns about the effect of what could be four shots in under a year on immune systems.

The vaccines were originally promoted as highly effective, with little mention of a potential booster.

Boosters for all Americans 12 and older were authorized in 2021 and subsequently recommended by the CDC.

If the Biden administration does decide to clear a second booster, Walensky said, it will need additional funding.

The White House this week warned that there would be problems purchasing adequate numbers of booster doses if Congress doesn’t authorize new COVID-19 relief funding.

A $1.5 trillion spending bill approved by the House of Representatives on March 9 didn’t include such aid; House Speaker Nancy Pelosi (D-Calif.) dropped it after negotiations with colleagues stalled.