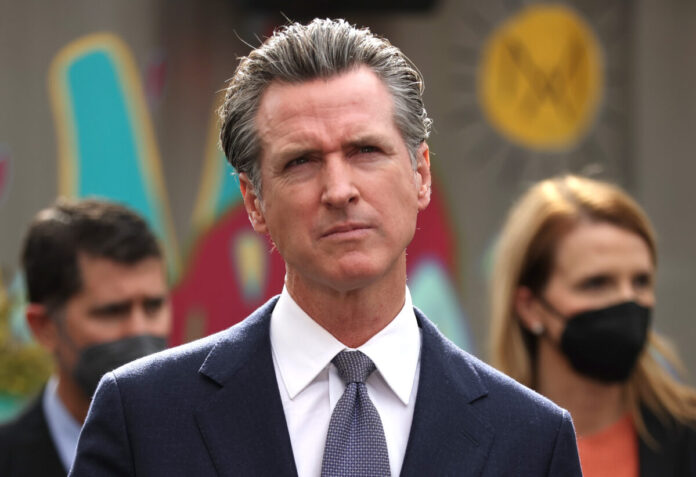 California lawmakers have voted down a measure that would have ended the emergency powers Gov. Gavin Newsom has been wielding for more than two years.

On March 15, eight members of the California Senate Committee on Governmental Organization voted against the measure: Senate Concurrent Resolution 5. Four members voted in favor of the resolution.

The measure, if approved, would have terminated the state of emergency that Newsom, a Democrat, proclaimed on March 4, 2020.

“An open-ended state of emergency, with boundless powers vested in a chief executive, is incompatible with democratic government,” the resolution reads. “It is critical that a proper balance be restored between the legislative and executive branches.”

State Sen. Melissa Melendez, a Republican who introduced the measure, cited the sharp drop in COVID-19 cases, hospitalizations, and deaths while speaking in favor of the legislation before the vote.

“It’s time for the state to allow local governments to take the lead and address emergencies locally without the shotgun approach of a statewide emergency,” she said.

Melendez and three fellow Republican state senators voted in favor of the resolution, while the eight no votes all came from Democrats.

State Sen. Benjamin Allen, a Democrat who abstained from the vote, said there was “so much that’s compelling about this bill,” but told colleagues that “the one problem here is that declaring the emergency over would hinder our ability to do a lot that involves fighting this pandemic.”

State Sen. Bill Dodd, a Democrat who voted against the measure, said he was happy to see the drop in COVID-19 metrics, but “the existing state of emergency proclaimed by the governor is absolutely important to ensure that the state can quickly and efficiently continue to respond to the COVID-19 pandemic and be prepared for possible future variants and surges.”

The other provisions are “important for maintaining government flexibility,” he said.

“The limited executive orders under the State of Emergency remain critical to bolstering the state’s testing and vaccination programs and preventing potential strain on the health care delivery system,” a spokesperson for Newsom told The Epoch Times in an email.

“Governor Newsom took action last month to lift all but 5 percent of the COVID-19 related executive order provisions issued throughout the pandemic. The state will continue to be guided by the latest science and data as we respond to the evolving pandemic.”

Melendez wrote on Twitter after the vote that Democrats in the state legislature are “content to abdicate their responsibilities to the governor.”

“The state of emergency will continue, as will the governor’s power to close schools and shut down businesses.”