6 Injured as Powerful Storms Tear Through the South 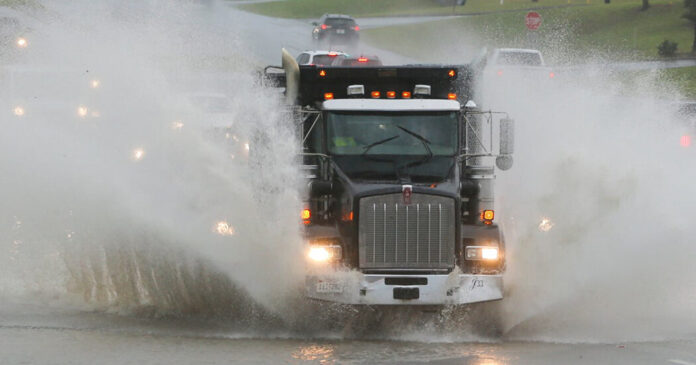 The National Weather Service issued a tornado watch for parts of Alabama, Florida and Georgia on Friday morning. The primary threats were “intense tornadoes” and “possible scattered damaging wind gusts” of up to 70 miles per hour, the Weather Service said.

The service will not be able to verify whether tornadoes caused the damage until after officials conduct full assessments on Saturday, said Caitlin Ford, a meteorologist with the National Weather Service in Mobile, Ala.

“It looked like all the trailers just exploded,” Sheriff Jackson said of the scene. “The roofs were completely gone. The walls were gone. The mobile homes just mostly had the frames left, and half of those were turned upside down or bent in half.”

Those injured were taken to hospitals. Two people with more severe injuries were transferred to larger hospitals in Mobile, but none of the injuries were life-threatening, and there were no fatalities, the sheriff said.

One man was asleep in his mobile home when the winds picked up, and he woke up in the woods, Sheriff Jackson said, adding, “He’s alive and well, and he’s a very very lucky man.”

Four homes and a number of trees were damaged in Holt, Fla., about 40 miles northeast of Pensacola. Holt also had power lines down and tree branches breaking through roofs, the Okaloosa Sheriff’s Office said on Twitter. No injuries were reported, but at least one mobile home was damaged, the office said.