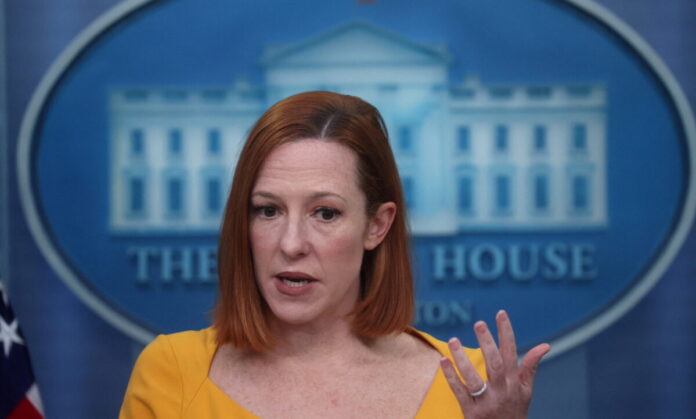 The White House on Wednesday stood firm on its opposition to a no-fly zone over Ukraine after Ukrainian President Volodymyr Zelensky made an appeal for further assistance during a rare wartime speech to both chambers of Congress.

In his address to Congress, Zelensky again called on the Biden administration to help enforce a no-fly zone in Ukraine to protect civilians, as Russia’s invasion of Ukraine approached its fourth week.

The White House had previously shut down requests from Zelensky to help implement a no-fly zone over Ukraine, saying the move could amount to an escalatory action that could lead the United States into an expanded war with Russia.

The White House press secretary echoed prior remarks after Zelensky’s speech on Wednesday.

“We are in very close touch with the Ukrainians. Nothing that he asked for or said today was a surprise in that sense. If we were President Zelensky, we would be asking for everything possible as well,” Psaki told reporters. “He is watching his country and his people be attacked and brutalized by President Putin and the Russian military.”

Psaki was also questioned on whether Zelensky views a “humanitarian no-fly zone” and a “blanket no-fly zone” as the same thing. Psaki suggested that both risk causing a war with Russia.

“There have been descriptions of both of those over the past couple of weeks and sometimes—and I don’t want to put words in his mouth—but a humanitarian no-fly zone can be specific geography or parts of western Ukraine whereas a no-fly zone sometimes people refer to it as the totality of the country,” Psaki said.

“In our view, and in the view of the military, there’s not a difference in terms of the implementation and the escalatory impact,” she added.

NATO Secretary-General Jens Stoltenberg earlier this month rejected Ukraine’s request to enforce a no-fly zone over Ukraine, saying that it would lead to a larger, more devastating conflict across Europe.

“We are not part of this conflict, and we have a responsibility to ensure it does not escalate and spread beyond Ukraine,” Stoltenberg told a news conference on March 4.

“We understand the desperation but we also believe that if we did that (a no-fly zone), we would end up with something that could lead to a full-fledged war in Europe involving much more countries and much more suffering,” Stoltenberg said.