Trump Rules Out Pence as Running Mate for Potential 2024 Bid 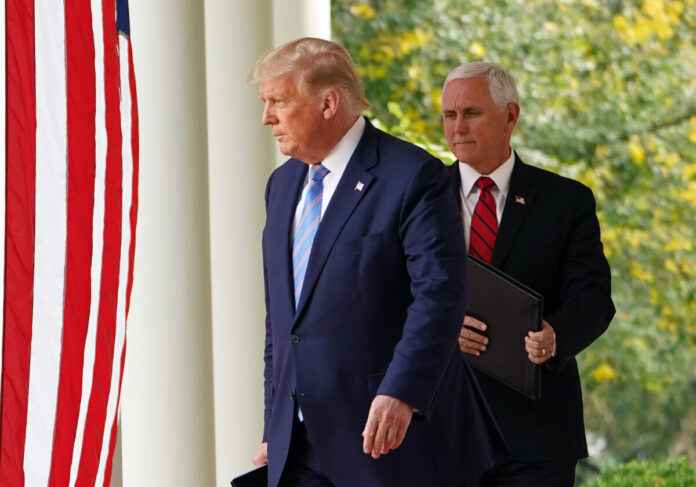 Former President Donald Trump will not pick his former vice president as his running mate if he does run again for president in the upcoming election.

“I don’t think the people would accept it,” Trump told the Washington Examiner.

Trump and Pence presented a united front during much of their time in office but diverged over how to handle the 2020 election.

Trump felt Pence should have taken action as the official presiding over the electoral vote count in Congress; but Pence said he felt he could not do anything, citing the U.S. Constitution.

“Mike and I had a great relationship except for the very important factor that took place at the end. We had a very good relationship,” Trump said in the new interview.

“I haven’t spoken to him in a long time,” he said, adding later, “I still like Mike.”

Trump previously said it was “too early” to say if he’d ask Pence to be his running mate again.

Nobody has yet announced a bid for the 2024 election but announcements are expected soon after the 2022 midterms are complete.

Trump has frequently hinted he plans to run for a third time after winning in 2016 and losing four years later.

It’s not clear who the former president would tap as his running mate if he does. He has floated Florida Gov. Ron DeSantis as a possibility; outsiders have suggested Sen. Tim Scott (R-S.C.), South Dakota Gov. Kristi Noem, and Sen. Ted Cruz (R-Texas), among others.

Pence is among the Republicans who have not ruled out a bid.

“All my focus right now is on 2022,” he said during a recent appearance on Fox News.

“I think we have a historic opportunity to reclaim majorities in the House and the Senate, to elect great Republican governors around America, and in 2023, I’m confident the Republican Party will nominate a candidate who will be the next president of the United States of America,” Pence added. “And at the right time, my family and I will reflect and consider how we might participate in that process.”