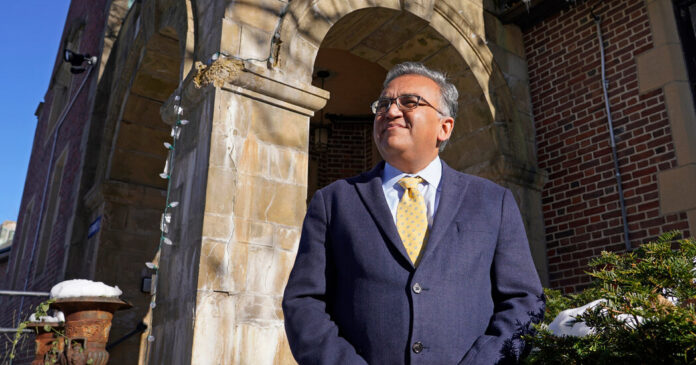 When transportation became a barrier to vaccination, Mr. Zients persuaded the chief executives of Uber and Lyft to offer free rides, said Dr. Marcella Nunez-Smith, who advised the White House on racial equity issues. When lack of child care and vacation leave became obstacles, he persuaded day care centers to offer free care and companies to offer free time off.

“I could call him any time of the day or night and say, ‘This is a problem, we’ve got to solve for this,’” she said. “Jeff’s job all day was solving for this.”

Critics have said Mr. Zients, who made a fortune building two consultancies and taking them public, was an odd pick to run the pandemic response given his lack of experience in public health. But his past work touched on health care, both as the chief executive of the Advisory Board Company, a health care consultancy, and in the Obama administration, where he ran the effort to fix the healthcare.gov website.

During the surge of cases — and deaths — this winter, some blamed Mr. Zients for failing to do enough to prevent them, particularly when the highly transmissible Omicron variant caught the administration unprepared. Some supporters of Mr. Biden — particularly those on the Democratic left — were openly disdainful of both Mr. Zients and Mr. Klain.

“We wanted this to be run as a scientific operation; it’s being run as a management consultancy,” Gregg Gonsalves, a longtime AIDS activist and epidemiologist at Yale University, said in an interview in January. “Ron Klain and Jeff Zients are the wrong people to be where the buck stops on this.”

In January, The American Prospect, a liberal website, published an article titled “Fire Jeff Zients” that said he had “proven himself not up to the task, and Biden should relieve him of his duties.”

Mr. Zients was not always able to see around corners. In June, he declared that the nation was “entering a summer of joy, a summer of freedom,” not long after the Delta variant hammered India, and as it hit Britain. When it took hold in the United States over the summer, cases and deaths skyrocketed.