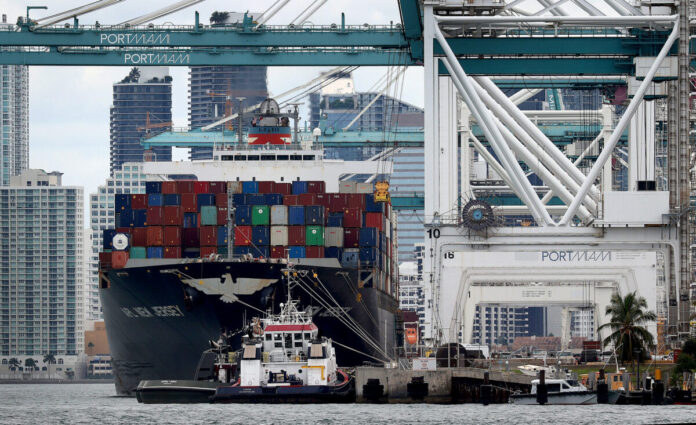 The rise fell slightly short of economists’ projections for the month—which were placed at 1.6 percent by economists surveyed by The Wall Street Journal—and also of the previous month’s rise in import prices (1.9 percent). Nonetheless, the cumulative total of the two months constitutes the largest back-to-back two-month rise in import prices in eleven years, making a substantial contribution to the rising costs of imported goods, exacerbating the now-ubiquitous problem of overall price inflation.

One of the leading catalysts for this overall figure was a 6.9 percent increase in the cost of import fuel. In February, the rise in petroleum prices (8.1 percent) was more than sufficient to counterbalance a slight decrease in the cost of natural gas. With the most recent month’s contributions accounted for, the total increase in petroleum imports was 52.8 percent over the past year—a stark trend that burdens consumers with higher prices on shipped goods.

At the same time, price inflation for food, feed, and beverages tapered off at 1.5 percent growth in February, down from 3 percent the previous month. Nonfuel industrial supplies also rose by a lesser degree than in January, with 2.2 percent growth in the more recent month, as opposed to 3.2 percent in the month preceding.

The rise in prices in both imports and exports is a reminder that the inflation currently afflicting the U.S. dollar is non-unique in the global economy: Throughout the world, nations are struggling with the consequences of monetary policies pursued to mitigate the economic harms of the CCP (Chinese Communist Party) virus. Prices in Euros are rising by the fastest rates since the currency was first implemented. Among major economies, only China reported a lower inflation rate than at the beginning of 2020. With the trend for global inflation going steady two years into the CCP virus pandemic, many fear that such inflation will continue throughout the year or later.