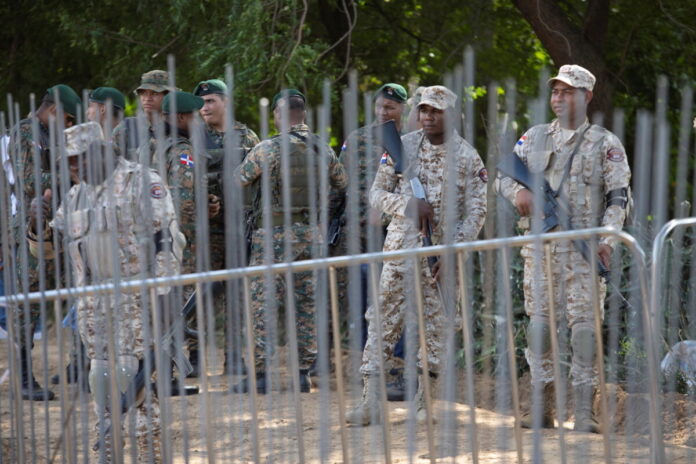 The Dominican Republic is constructing a wall that will stretch around 122 miles along its border with Haiti, in an effort to reduce illegal border crossings and the smuggling of goods, weapons, and drugs.

Dominican President Luis Abinader said the wall, which will cover almost half of the 244-mile border with Haiti, will help fight organized crime in both nations. Haiti is the only land neighboring the Dominican Republic, and both countries are located on the Caribbean island of Hispaniola.

“The benefit for both nations will be of great importance,” Abinader said at a construction site in the province of Dajabón, about 140 miles northwest of Santo Domingo.

The wall will be 12.8 feet high and will have movement sensors, cameras, radars, and drones. It will be made from 7.8-inch thick concrete. The project also includes the construction of 70 watchtowers and 41 access gates for patrolling.

Haiti is a country known for its violent crime, including kidnappings, armed robberies, and carjackings. The Dominican Republic, meanwhile, is a popular tourist destination and has prospered in recent decades. Many Haitians cross the border clandestinely in search of work in the fields or in the construction industry.

Robbers and carjackers in Haiti, one of the poorest nations in Latin America, have attacked private vehicles stuck in heavy traffic and often target lone drivers, particularly women.

The U.S. State Department has a “do not travel” advisory in effect for the country. Last year, a missionary group that traveled to Haiti from Ohio to support impoverished school children and clinics was kidnapped. After 61 days of captivity, all of the abducted individuals were freed.

“Do not travel to Haiti due to kidnapping, crime, civil unrest, and COVID-19,” the agency said in a statement. “Kidnapping is widespread and victims regularly include U.S. citizens.

“Kidnappers may use sophisticated planning or take advantage of unplanned opportunities, and even convoys have been attacked. Kidnapping cases often involve ransom negotiations and U.S. citizen victims have been physically harmed during kidnappings. Victim’s families have paid thousands of dollars to rescue their family members.”

Abinader said the crime crisis is an issue that “must be overcome by the Haitians themselves.”

Besides gang violence, Haiti last year also struggled with earthquakes and the assassination of President Jovenel Moïse, who was killed in an attack at his private residence in July 2021.