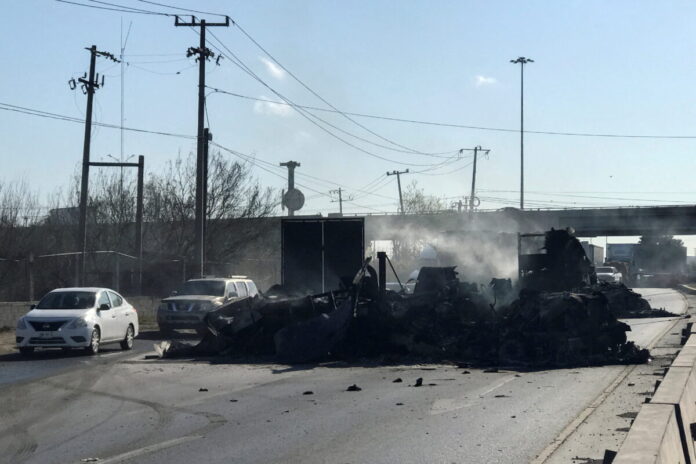 MEXICO CITY—Mexico deported the suspected leader of a drug gang to the United States, authorities said on Tuesday, after an arrest that spurred armed attacks by his organization on almost two dozen military installations and a U.S. consulate.

Juan Trevino, also known as “El Huevo” or “The Egg” was arrested on Sunday in the northern Mexican border state of Tamaulipas. He was wanted for crimes including drug trafficking and money laundering.

“It was a blow to one of the most important criminal organizations in the northeast of the country, with influence in at least five states and operations in the United States,” Rosa Rodriguez, Mexico’s secretary of security, said in a press conference.

The capture of “El Huevo” in one of the most violent regions of the country generated armed attacks by his gang, the Northeast Cartel, against 22 military installations, 16 road blockades, and collateral damage to the U.S. consulate in Nuevo Laredo, according to authorities.

Authorities sent more than 700 military personnel and four helicopters to secure the area on Tuesday, following the attacks.

Trevino is connected to the family that allegedly founded the Los Zetas cartel, whose leader, Heriberto Lazcano “El Lazca,” a former military man, was killed by Mexican soldiers in October 2012.

Mexican President Andres Manuel Lopez Obrador has said one of his administration’s main challenges is to combat the violence in the country, which has been incessant for years.

He has faced criticism from his detractors for his security policy, based on the slogan “Hugs, not bullets.”