East Texans Hoping Gas Shortage Is Temporary, but Preparing for a Long Haul 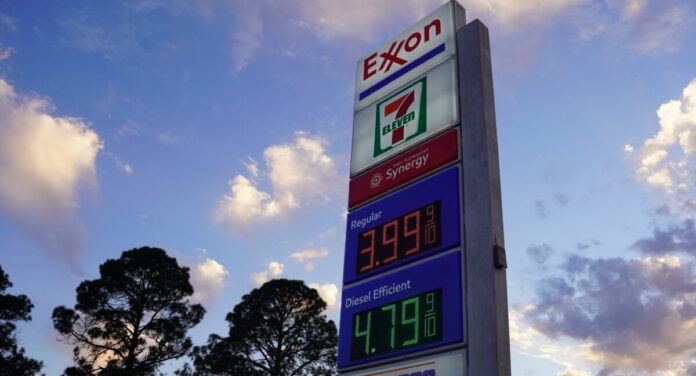 Small business owners, independent contractors, and families in East Texas are keeping a close eye on their spending in the wake of sudden gas price spikes, widely blamed on the Russian invasion of Ukraine.

But East Texans were already cinching their belts before 2022, said Shelbie Glover, president and CEO of the Lindale Chamber of Commerce, when the shift in gas prices hit.

“Anyone who shops weekly has seen an increase in prices in foods and goods the past six months,” she said to The Epoch Times on March 9.

“The gas price spike is a sudden increase of a great percentage in just a week, certainly, not a gradual increase. That’s going to hurt people traveling, or restaurants delivering meals, or other small businesses that depend on fuel, such as lawn care services.”

Just before local schools’ spring break, starting March 14, East Texas stations tried to hold the line at $ 3.99 a gallon. Many are hoping the situation is only temporary. But not everyone is buying the shortage story.

“We’ve seen prices go steadily up for a year,” said Calle Matthews, 42, and a mother of two boys. “It’s not Ukraine. I think there’s another agenda here altogether.”

It cost Matthews $60 dollars to fill up her car, which she called a “ridiculous amount.”

“For years we’ve seen that once prices go up, they pretty much stay up,” Roberts said.

“Gas stations around here just want to make it seem that at least gas is not $4 (for regular unleaded)  it’s ‘only’ $3.99 because people just won’t stomach it higher.

“It’s inevitable, though. Get ready for the next price hike, it’s coming.”

At the pump at a local Wal-Mart, Daniel Baggett, 44, was filling up his dual-tank diesel pickup truck, at $4.99 a gallon.

Baggett said he wasn’t worried about how gas prices would affect his business.

“I work in IT ([nformation Technologies] for a hospital, so much of what I do is from home,” he said. “But I’m going to have to go to Lubbock soon and that’s going to hurt.”

Lubbock, a university town, is 400 miles from his home in Lindale, but it’s too late to alter his plans.

“My son is a student at Texas Tech and this is a trip I can’t cancel, so I’m going no matter what.”

Cassandra Ellis, a school bus driver for the Lindale Independent School district, had week-long spring break plans with family in Austin, 240 miles away, but has canceled.

“It cost me $66 just to fill up my little car,” she said, and it was one-quarter full already. I’m not going to Austin. Not at these prices.”

President Joe Biden’s ban on Russian fuel imports to America has made life harder on  East Texas residents, some said, and difficult for them to tell if it’s a permanent situation.

“Until October, when Joe Biden cut the budget and they had to let lots of us go.”

It cost her $60 to fill up her Ford Edge, she said. “Frankly, I don’t think much of Joe Biden. I’m on a farm now in Smith County, just waiting this out, but I don’t think prices will go down anytime soon.”

Overnight, from March 8 to 9, prices at local Smith County gas stations jumped at least 10 cents a gallon from an already steep East Texas price of 3.89.

Still, gas station attendants said there was still a normal stream of customers at their pumps, but the reasons people were getting gas were different.

“They’re saying to us, ‘Gotta get topped off before the next price hike,’ so they’re a little more anxious,’ said an attendant, not wishing to be identified. “But, I haven’t seen anyone panic.”

“I’m not worried about this spike in gas prices unless it’s sustained,” he said. “How many times have we seen spikes due to one thing or another, and it goes back down after a while?

“If it’s a sustained price hike, then it will be a problem because all the parts for repairs will go up because delivery prices will rise. But, until then, no. It’s not time to worry.”

Cassandra Ellis has a 14-year-old son, Josiah, who was filling up the car as she spoke. She said she “was tempted” to be anxious.

“But my faith keeps me from going there,” she said. “In the ‘flesh’ I’m tempted to worry about it, but I know who is in control, so, no, I’m not worried.”

Glover said, “This is going to be hard for many people, but I don’t think it will be a breaking point for them.

“If they have survived all the Covid restrictions and protocols for the past two years, they will survive this.”

Her advice to people in local communities is not to stay home.

“If you’re just at home, you’re probably shopping online, and that denies local businesses your patronage, and local communities the sales tax that keeps them running.

“Cut back on non-essentials and take your vacations nearby and have a good time discovering what is fun to do around you.”