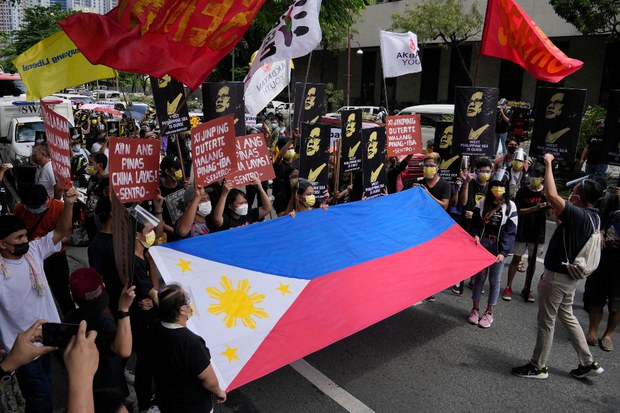 A Chinese navy reconnaissance ship’s trip through Philippine territorial waters in the Sulu Sea did not break international law, Beijing said in responding to a protest by Manila, which had called it an “illegal incursion.”

Chinese foreign ministry spokesman Zhao Lijian described the ship’s action as “an exercise of the right of innocent passage pursuant to UNCLOS [United Nations Convention on the Law of the Sea].”

“The Chinese passage was safe and standard, and consistent with international law and international practice. We hope relevant parties can view it in an objective and rational manner,” he said in response to a reporter’s question during the ministry’s daily press briefing on Tuesday.

China and the Philippines are signatories to UNCLOS, an international treaty that provides a comprehensive legal framework for all activities and uses of the world’s seas and oceans.

On Monday in Manila, the Department of Foreign Affairs said it had summoned Chinese Ambassador Huang Xilian to meet with Acting Undersecretary Theresa Lazaro over China’s alleged maritime action in southwestern waters of the Philippine archipelago.

An “electronic reconnaissance ship” of the People’s Liberation Army Navy (PLAN) had entered Philippine waters without permission from Jan. 29 to Feb. 1, the department said in a statement.

The department did not say why it waited six weeks to confront the Chinese ambassador about the incident.

The Dongdiao-class PLAN ship communicated that it was “exercising innocent passage” when the Philippine Navy challenged it in Sulu Sea waters, the department said. The ship reached the Cuyo Islands in the Palawan region of the central Philippines.

“Its movements, however, did not follow a track that can be considered continuous and expeditious, lingering in the Sulu Sea for three days,” the DFA said, adding that the ship did not immediately leave despite being warned off by the Philippine Navy.

The department said Manila recognizes the right of any ship to pursue innocent passage through its waters in accordance with UNCLOS. However, the action of the Chinese ship “did not constitute innocent passage and violated Philippines sovereignty.”

China claims nearly all of the South China Sea as its own, but five other Asian governments – Brunei, Malaysia, the Philippines, Taiwan and Vietnam – have territorial claims. While Indonesia does not regard itself as a party to the South China Sea dispute, Beijing claims historic rights to parts of the sea overlapping Indonesia’s exclusive economic zone (EEZ).

Manila has filed a series of complaints about Beijing’s presence within its territory beginning about 12 months ago and summoned Ambassador Huang after about 220 Chinese ships were spotted in March 2021 around Whitsun Reef in the Spratly Islands.