B3W Might Not Be Able to Compete With BRI in Southeast Asia, But That’s Okay – The Diplomat 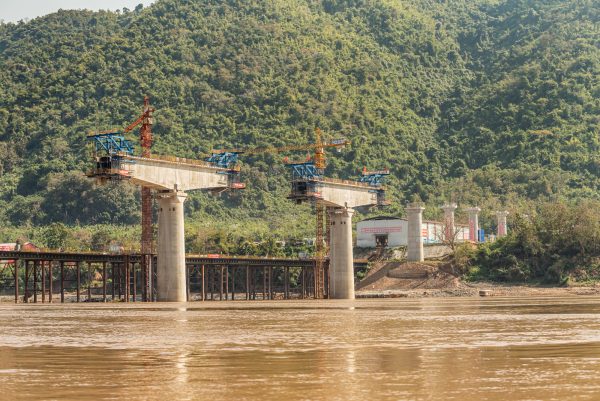 The opening of a $5.9 billion high-speed railway that links Laos to China has reignited questions about the ability of the nascent U.S.-led Build Back Better World initiative (B3W) to compete with China’s Belt and Road Initiative (BRI) in Southeast Asia. Instead, the Biden administration should focus on the United States’ other competitive advantages over China – technology, healthcare, and education – to effectively counter Beijing’s rising influence in the region.

The Biden administration has embraced Southeast Asia as a cornerstone of its policy in the Indo-Pacific. U.S. President Joe Biden himself attended the virtual East Asia Summit in October 2021, an annual gathering that his predecessor repeatedly snubbed. In his December 2021 visit to the region, Secretary of State Antony Blinken proclaimed that “much of the planet’s future will be written in the Indo-Pacific.”

Blinken spent much of his visit promoting B3W, with its emphasis on “freedom” and “openness,” as an alternative to China’s BRI. However, such comments misunderstand the challenge posed by China’s BRI and the interests of Southeast Asian nations. China’s primary advantage in infrastructure diplomacy lies in its one-stop-shop package of project finance, insurance, and construction for developing nations. Furthermore, recent polls indicate that many ASEAN residents support China’s activities, a sign that they might be less enticed by aspirational soliloquies about democracy and more concerned with building usable roads, bridges, and airports.

By comparison, the B3W is less attractive. Many low- and middle-income countries prefer Beijing’s state-backed loans over higher-cost and shorter-term private funding from Western financiers. The U.S. and other G-7 countries often impose what feels like onerous conditions that delay project implementation and increase costs. On top of that, B3W relies on unreliable private funding. It is difficult to convince private firms in developed G-7 countries to invest in the developing world, which they view as high risk and low reward.

Since the 1990s, the United States – like many other Western economies – has drastically reduced its infrastructure investment in developing nations. And despite efforts under the Trump administration to reinvigorate such financing, the numbers still pale in comparison to investments from China. In 2019, the U.S. International Development Finance Corporation capped its spending at $60 billion. China has already spent an estimated $200 billion on the BRI, and some project its overall investments will reach $1.3 trillion by 2027.

Moreover, unlike China, the United States does not boast much infrastructure experience at home. Since the 1950s, the U.S. has spent less than 1 percent of GDP on its own domestic infrastructure development. The BRI-backed railway in Laos highlights this disparity. As former Singaporean diplomat Kishore Mahbubani said, Laos – one of Southeast Asia’s poorest countries – “now has a faster train than anything the United States has.”

When it comes to infrastructure, then, the U.S. significantly trails China in funding, institutional mechanisms, and experience. While the Biden administration can and should continue to push B3W, especially given the high standards that it promotes, it is also time to grapple with a hard truth: Build Back Better World might not be able to effectively compete with the Belt and Road Initiative in Southeast Asia.

Instead, the Biden administration should turn to other areas of economic and diplomatic engagement. A U.S.-ASEAN digital trade agreement to set regional rules on cross-border data flows, privacy protection, and artificial intelligence is a start. In 2020, China’s trade with Southeast Asia totaled $685 billion, nearly double that of the United States. Such an agreement will be critical given the United States’ continued absence from Asia’s two biggest trade pacts: the Regional Comprehensive Economic Partnership and the Comprehensive and Progressive Agreement for Trans-Pacific Partnership. China is a member of the former and recently applied to join the latter.

The United States could also leverage its comparative advantages in healthcare and education to strengthen ties with Southeast Asia. While China enthusiastically provided its domestically produced COVID-19 vaccines to ASEAN countries, leading officials across the region raised concerns about the efficacy of such shots, with many ultimately embracing Western-made boosters. The Biden administration should continue to send vaccines to the ASEAN nations that need it: Countries like Thailand, Laos, and Vietnam have vaccinated less than 25 percent of their citizens. The U.S. should also increase collaboration with local governments to combat diseases like HIV and malaria. The Biden administration took a step in the right direction by allocating $40 million to such efforts last October. Finally, to strengthen cultural ties, the United States should offer more scholarships to Southeast Asian students, a strategy successfully used by the Japanese government. 80,000 students from ASEAN countries study in China, while 60,000 study in the United States.

To compete with China in Southeast Asia, the Biden administration should substantiate B3W’s democratic aspirations. Increasing economic engagement, health cooperation, and student exchanges with ASEAN countries is a good start.