As the War Continues, Ukraine Is on Kazakhstan’s Mind – The Diplomat 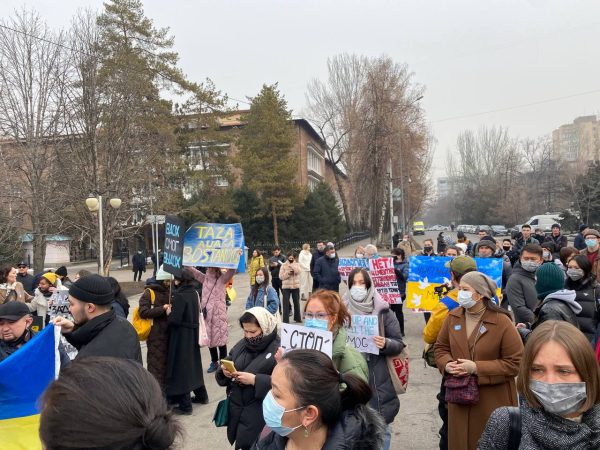 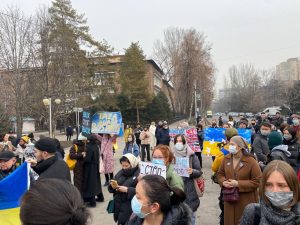 On February 26 in Almaty, Kazakhstan, people gathered at a planned rally to protest chronic air pollution. But the many blue and yellow flags underscored another issue on everyone’s mind: Ukraine.

When a civic group organized a February 26 rally in the center of Almaty, Kazakhstan’s largest city, to protest chronic air pollution, there was still little indication that Russia would start an invasion of Ukraine. By the time the rally was held, however, Russian troops were already inside Ukraine’s territory, generating a mixed feeling in the crowd, as the war became a more prominent topic for discussion.

The tension at the rally was palpable, as the 200 people that gathered listened to speeches held peace posters and uses the blue-and-yellow colors of Ukraine’s flag to highlight their support for the Ukrainian people. An impromptu protest followed the “approved” rally at a nearby statue of Taras Shevchenko, a Ukrainian poet of the 19th century who lived a decade in exile near the Caspian and Aral seas in today’s Kazakhstan.

Similarly to the mourning performances after the Bloody January events, people laid apples on white sheets of paper and on the pavement, symbolizing a sentiment of solidarity for the human losses. 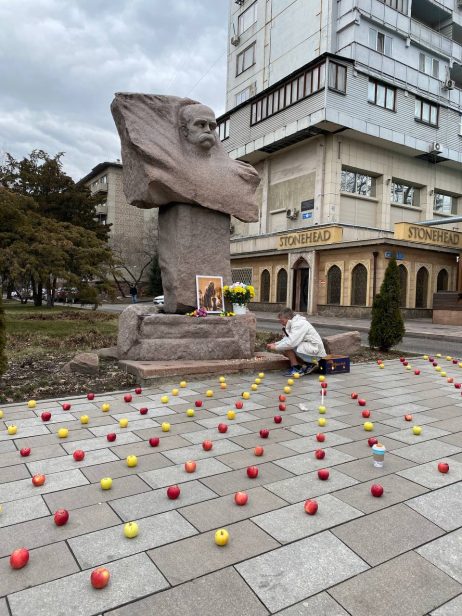 In Almaty, at a statue of Taras Shevchenko, a Ukranian poet, people lay out apples to symbolize solidarity and mourning (March 8, 2022).

While on February 24 the authorities interrupted a small protest near the Russian consulate in Almaty and detained several of the participants, two days later they let the calls for peace be heard by the Shevchenko statue. In Kazakhstan, where non-approved rallies are often disrupted by police and lead to detentions, the authorities allowing such a spontaneous protest to proceed was surprising.

Even more surprising was the response of the local administration, which soon approved a request to hold a rally for peace at a place designated for demonstrations outside the city center. The rally, held on March 6, was attended by 1,500 people – somewhat of a record in recent years, besides the nationwide protests that took place in early January.

Common sentiments at the rally included a rejection of the war, condemnation of the Russian government, and support for the Ukrainian people, which many locals consider a “brotherly nation” as they share a common Soviet past.

Calls for peace were then heard at a March 8 demonstration, organized by several feminist organizations in the center of Almaty on International Women’s Day.

Importantly, the organizers of the event on International Women’s Day called for larger political representation of women. “You are the next mayor, the next minister, the next president,” Gulzada Serzhan, a veteran feminist activist, said from the podium.

“The roads have been closed to us,” Serzhan added, perhaps ironically referring to the city administration’s refusal to allow a march along the same path as last year’s rally, under the pretext of roadwork.

The organizers, who alternated speeches in Russian and Kazakh, argued that men are to be held responsible for the reckless decisions that brought Kazakhstan to years of socio-economic crisis and the world to the brink of another large-scale war.

Schitaetsya.kz, a feminist group, staged a mock funeral, as activists carried a black coffin with the message: “67 women were killed by their partners in 2021.” Official statistics in Kazakhstan show a harrowing picture of domestic violence, an issue seldom discussed outside feminist circles. 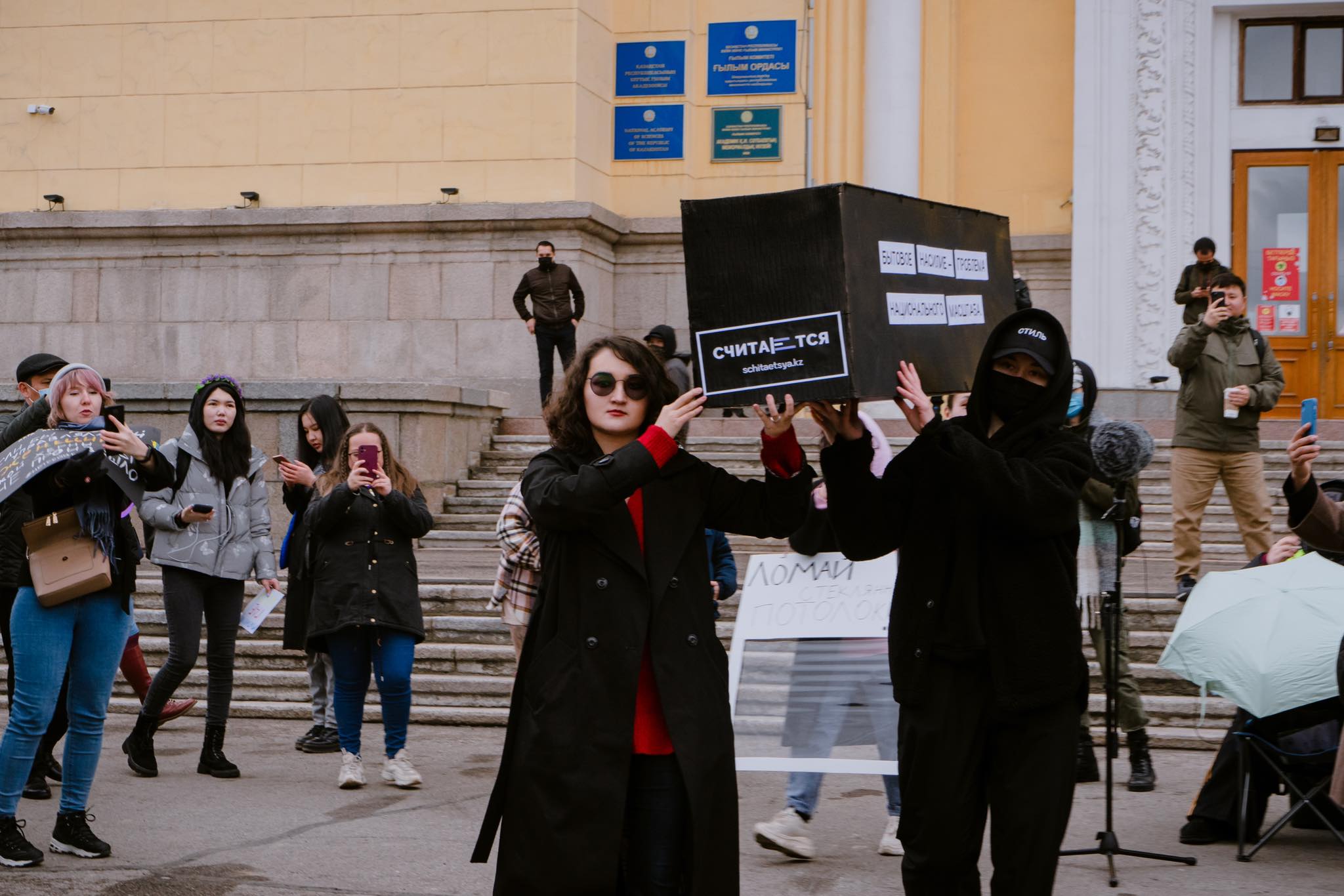 At the end of the rally, around 500 activists formed a human peace sign, visible from the drones filming the protest from above.

Since February, every rally in Almaty has started with a minute of silence in remembrance of the innocent victims of the January events, which in Almaty alone claimed around 140 lives. The practice has now been accompanied by slogans against the war in Ukraine.

The trauma that followed Kazakhstan’s Bloody January had yet to be psychologically processed by most local residents when Russia’s invasion started. Unwilling to remain indifferent to the atrocities in a country that shares much history with Kazakhstan, Kazakhstanis have chosen to speak out against the war in the same breath as the mourning of their own tragedy.

The government’s soft hand on these kinds of protests can be considered a silent nod toward the people’s demand for peace and against Russia’s aggression. This may also be a sign that pressure against civic activism, at least concerning the war, will gradually wane.