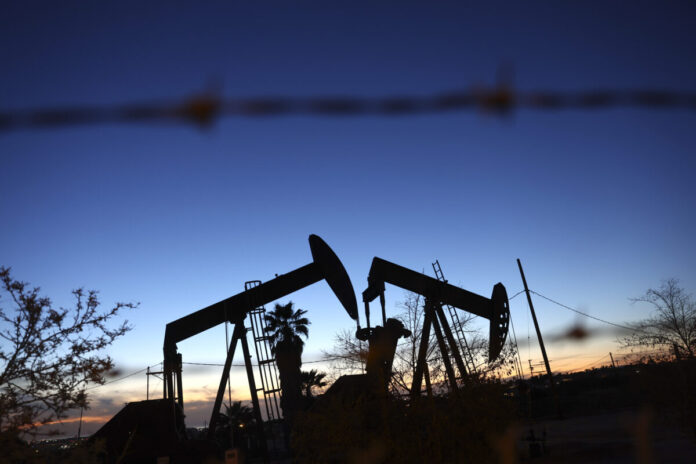 A vast majority of Americans want the country to be energy independent, according to a recent poll by Rasmussen Reports, indicating increasing frustration with rising fuel costs and the impact it has on everyday expenses.

Poll results show 70 percent of likely U.S. voters support a policy of boosting domestic oil and gas production to reduce the country’s dependence on foreign energy supplies. Only 18 percent opposed such a policy, while 12 percent said they were not sure.

The survey, conducted March 3 and 6, comes at a time when Russia’s invasion of Ukraine, and Moscow’s dominance in global oil and gas supplies, have revived the issue of energy independence in the West.

The national average price for regular unleaded gas was $4.31 per gallon Thursday, according to AAA, an increase of more than 15 percent in one week. The average cost on March 3 was $3.72 per gallon.

Russia exports oil at a rate of 5 million barrels per day, and although the U.S. imports only a small portion of that number, international trading firms have also begun to shy away from Russian energy, according to a Politico report.

Biden is said to be reaching out to countries such as Venezuela and Saudi Arabia to boost oil output to compensate for the shortfall. But industry leaders have cast doubt on whether the United States can secure enough oil from these alternative sources quickly enough to address rising consumer costs, Politico reported.

“There’s a mirage that spare capacity can be brought out,” said Tengku Muhammad Taufik, CEO of the Malaysian state-run oil company Petronas, at an industry conference Monday, Politico reported.

Some oil industry leaders blame the Biden administration’s energy policies for the crisis the country is now facing.

In his March 8 testimony (pdf) before the House Energy and Commerce Committee’s subcommittee on energy, Tom Pyle, Chairman of the Institute for Energy Research, criticized Biden and National Security Advisor Jake Sullivan for asking the Organization of Petroleum Exporting Countries (OPEC) to pump out more oil.

“This is despite the administration’s numerous actions designed to reduce the enthusiasm of energy companies to find, produce, and transport domestic oil and natural gas,” Pyle said.

Pyle cited the cancellation of the Keystone XL pipeline, the “de facto suspension” of domestic oil and gas leases, and the administration’s failure to contest court rulings related to offshore oil and gas operations.