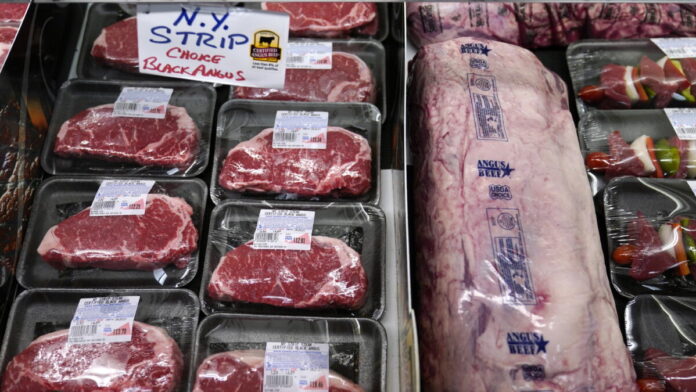 Wholesale price inflation in the United States shot up 10 percent in February from a year earlier, matching January’s record high and a delivering a fresh sign that inflationary pressures continue to bedevil the U.S. economy.

The Producer Price Index (PPI), which tracks inflation before it hits consumers, rose by an annual 10 percent and an over-the-month 0.8 percent in February, the Labor Department said Tuesday.

Another major contributor to the wholesale goods price jump was the index for final demand energy, which rose 8.2 percent and accounted for two-thirds of a record-high advance in goods prices.

Wholesale prices are a leading indicator of consumer price inflation as producer prices tend to get passed along to end users.

Consumer price inflation in the United States rose at a blistering 7.9 percent in the year through February—the fastest pace in 40 years—data released on March 10 by the Bureau of Labor Statistics (BLS) showed.

Allianz Chief Economic Adviser Mohamed El-Erian told CBS’ “Face the Nation” that he believes inflation could rise into double-digit territory in the United States before hitting a peak around summertime.

“I estimate that at 7.9 percent, we will probably get very close or above 10 percent before we come down,” El-Erian said. “That difference will be all because of the disruption that [Russian President Vladimir] Putin’s war implied for commodity prices, supply chains, and shipments.”

Russia–Ukraine tensions have pushed commodity prices higher, with the United Nations warning recently that the conflict could push international food and feed prices up by as much as 22 percent.

Inflationary expectations have also climbed among U.S. consumers, who raised their outlook for where inflation will be a year from now and in three years time, according to a survey released on Monday by the New York Federal Reserve.

U.S. consumers expect 6.0 percent inflation a year from now and 3.8 percent three years from now, and they expect to spend substantially more on food, gas, and rent in the next 12 months.

The one-year-ahead spending growth expectations rose 0.9 percentage points to 6.4 percent, the highest level in the history of the data series.

Inflation readings—both current and expected—along with the economic impacts of the Russia–Ukraine conflict are sure to weigh on the minds of Federal Reserve policymakers as they meet Tuesday for a two-day session that markets anticipate will bring the first interest rate hike since 2019.

“All signs point to a quarter-point interest rate hike from the Federal Reserve when their meeting concludes Wednesday,” Bankrate Chief Financial Analyst Greg McBride told The Epoch Times in an emailed statement.

“The questions revolve around how many more are to come and how quickly. The war in Eastern Europe gives the Fed reason to act more cautiously, but they will still be working to corral what is already the highest inflation in 40 years,” he added.

The Fed’s tightening of monetary conditions will have a cooling effect on demand and therefore inflation, but the rate hikes will do nothing to address supply-side logjams or factors like import bans on Russian energy.