US Warns China of Consequences If It Aids Russia 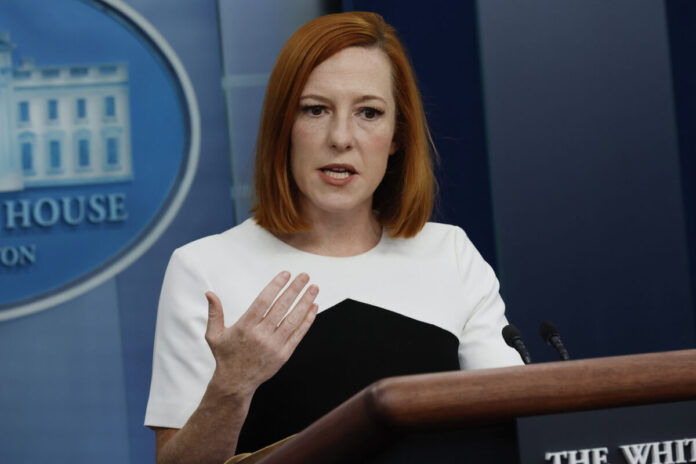 The United States is warning China of consequences if it aids Russia in the war with Ukraine.

While the nature of these consequences has not been made clear, officials have said that the United States will initiate a response in the event of Chinese aid to Russia’s war effort.

“Should [China] provide military or other assistance that of course violates sanctions or—or supports the war efforts—that there will be significant consequences, but in terms of what the specifics look like, we will coordinate with our partners and allies to make that determination,” White House press secretary Jen Psaki told reporters on Monday.

Psaki’s counterpart at the State Department, Ned Price, said on Monday that the United States is “watching very closely” the extent to which China and any other country supports Russia’s war effort, and that any such support would be a cause for concern.

These statements came following an “intense” seven-hour meeting in Rome, Italy, between U.S. national security advisor Jake Sullivan and Chinese director of the Office of the Foreign Affairs Commission Yang Jiechi. During the meeting, Sullivan directly expressed “deep concerns” about China’s alignment with Russia at this time, and the potential implications and consequences of “certain actions,” a senior administration official told reporters of the meeting.

Officials have refused to speak to intelligence matters, or confirm or deny whether China has aided Russia or is open to doing so in the future.

According to earlier reports by the Financial Times and The Washington Post, a U.S. official, speaking on condition of anonymity to discuss sensitive matters, said that in recent days, Russia had requested support from China, including military equipment, to press forward in its ongoing war with Ukraine. The official did not provide details on the scope of the request.

Psaki has repeatedly downplayed the level of support China could give Russia that would counteract the sanctions put in place by the U.S. and its allies, pointing out that the West makes up half the world’s economy while China makes up 15 to 20 percent.

Meanwhile, the fourth round of negotiations between Ukrainian and Russian delegations on a possible ceasefire has been paused until Tuesday, said an adviser to the Kyiv government on Monday.

Ukrainian President Volodymyr Zelensky also announced plans to give a virtual address to the U.S. Congress on Wednesday. He’s expected to again call for a no-fly zone over Ukraine. Top officials in the Biden administration and NATO have repeatedly said they will not impose a no-fly zone or send troops to fight in Ukraine as such actions would expand the conflict.

Over the weekend, President Joe Biden authorized an additional $200 million in security assistance to Ukraine for anti-tank and air defense capabilities. This comes in addition to $13.6 billion approved by Congress to aid Ukraine.