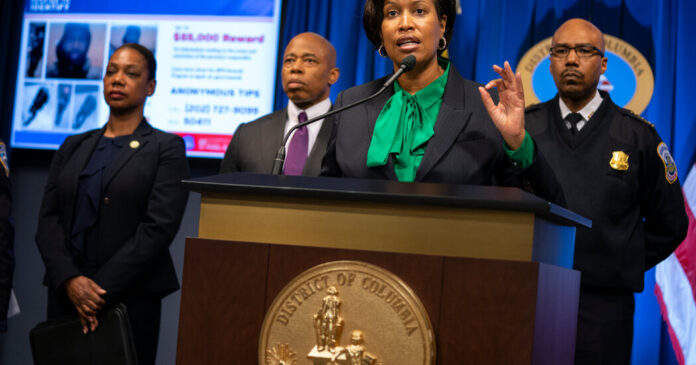 The police in Washington said early Tuesday that they had arrested a man who they believe shot at least five homeless men sleeping outdoors in Washington and New York, killing two of them, in an extended shooting spree that prompted fear and an intense search across both cities.

The authorities said the man shot three men in Washington between March 3 and March 9, and two men in Lower Manhattan on Saturday. They were investigating whether an additional homeless man found dead in Manhattan on Sunday was killed by the same man.

The police in Washington said in a tweet that the suspect, who was not immediately named, was arrested early Tuesday.