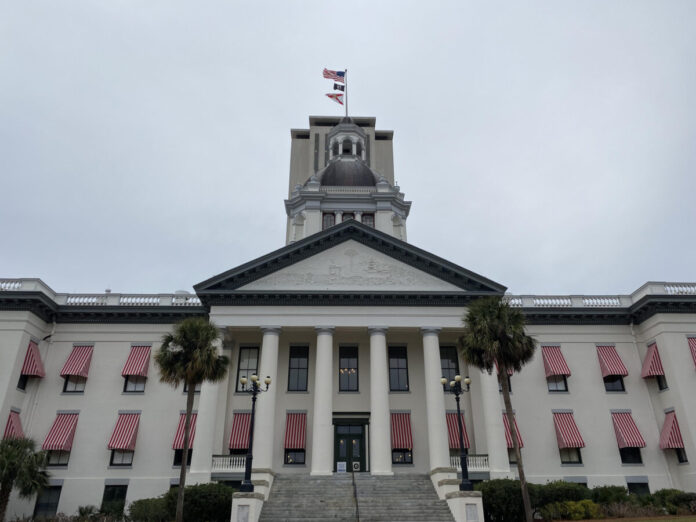 On March 14, the Florida Senate unanimously passed a record-breaking $112.1 billion state budget proposal (pdf) that includes a pay raise for state workers, rewards for school districts that did not impose mask mandates, and a one-month gas tax suspension just before the November midterm elections.

Due to lengthy and often heated budget negotiations, lawmakers had to extend the 60-day legislative session, following the unsettled business of the March 9 session. In addition, state law requires a 72-hour cooling-off period before they can vote on the spending plan once it has been settled. State law also demands a balanced budget, meaning “the amount available from taxation and other sources, including balances brought forward from prior fiscal years, must equal the total appropriations for expenditures and reserves.”

While DeSantis is known to exercise his veto power when it comes to budget items, the newly passed budget proposal contains the vast majority of his Freedom First items and he is likely to sign his name on the bottom line.

One significant difference between the DeSantis proposal and the one passed by lawmakers is that the governor’s threat to withhold $200 million from 12 school districts that imposed strict mask mandates last fall has been softened to a proposal that simply makes those districts ineligible to receive some of the $200 million set aside for the 55 school districts that complied with his executive order, which prohibits schools from imposing forced masking.

The new Florida budget also raises the minimum wage for state workers to $15 per hour and provides a 5.38 percent pay raise to account for inflation. The minimum salary for state law enforcement officers will also be raised to $50,000 and the minimum salary for teachers will be increased to at least $47,500. Another $645 million has been set aside to build a new prison and $1.4 billion will go toward construction and maintenance at Florida’s state colleges and universities.

While the budget was passed unanimously by the Florida Senate 33–0, one Republican state representative joined two Democrat state representatives in the House for a 105–3 vote. The dissenters were Rep. Michael Grieco (D-Miami Beach), Rep. Dotie Joseph (D-North Miami,) and Rep. Anthony Sabatini (R-Howey-in-the-Hills).