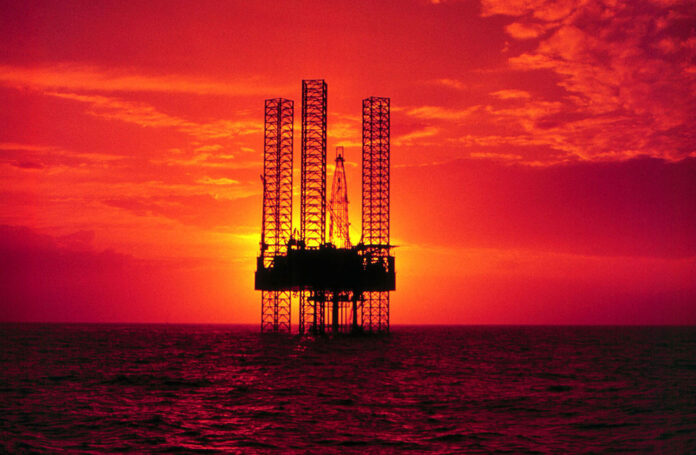 “This crisis should be a wake-up call that we need [a] strategic American energy policy that treats oil and natural gas as an asset and not a liability,” Texas Oil and Gas Association (TXOGA) president Todd Staples said in an emailed statement to The Epoch Times.

“The suffering of consumers at the pump underscores the importance of domestic energy production, and American consumers are feeling the repercussions of canceled pipeline projects, delayed approvals for permits, and the discouragement of additional expansion—poor decisions all exacerbated by the war.”

Since taking office in January 2021, Biden has nixed the Keystone XL oil pipeline, pulled the plug on planned drilling in the Arctic National Wildlife Refuge, and imposed regulations that make it more difficult for utility companies to build natural gas projects.

But domestic gas and oil producers say Biden’s Jan. 27, 2021, executive order suspending oil and gas lease auctions for a review of the climate impacts of fossil fuels on public lands could prove to be the most damaging policy in terms of hampering attempts to meet increased demand in the United States and Europe.

Even after calling on foreign nations and producers, such as OPEC, to boost exports and the ban on Russian energy imports, Biden isn’t lifting its moratorium on public land oil and gas leases.

On March 7, White House press secretary Jen Psaki said there was no reason to do so because more than 9,000 approved federal oil and gas leases are going “unused.”

She said 60 percent of 37 million acres of federal land under lease to the oil and gas industry isn’t producing.

The 15-month pause in approving new leases means that the United States is near oil and gas production capacity and that there will be “inventory shortages” hampering efforts to increase production.

“For us to ramp up production and assist in the energy crunch, we need the federal government to start to release oil leases,” Petroleum Association of Wyoming director of communications Ryan McConnaughey said, noting that even if that happened today, it would take months to significantly increase output.

McConnaughey said Biden’s moratorium to study climate change impacts promises to impose a raft of regulations, which has chilled investor interest. Lifting the moratorium would “overcome some of the uncertainty.”

TXOGA’s Staples said, “The administration calling on foreign countries to increase production a few months ago, rather than encouraging local jobs and local investment, had a chilling effect on expansion.”

Washington-based American Petroleum Institute (API), which represents 600 U.S. companies in the gas and oil industry that supports more than 11 million U.S. jobs, is among industry advocates calling on Biden to renew lease auctions.

On March 8, API spokesman Scott Lauermann pointed to the institute’s March 1 letter to Energy Secretary Jennifer Granholm outlining “steps the administration could take right now to bring relief to our consumers and our allies.”

API is calling on the administration to approve a new five-year lease program for the Gulf of Mexico by June 30 and to “schedule and complete quarterly onshore leasing sales as required under the Mineral Leasing Act, with sufficient acreage and equitable terms.”

The industry’s call has materialized in legislation filed by Sen. Steve Daines (R-Mont.), who introduced his “Supporting Made in America Renewable and Traditional Energy [SMART] Act” in November 2021.

Daines’s measure calls on the Department of the Interior to resume quarterly lease sales immediately. It awaits a first hearing before the Senate Energy and Natural Resources Committee.

Biden’s executive order has also induced lawsuits that have fostered confusing rulings. In June 2021, a federal judge blocked the order and mandated scheduled lease sales in the Gulf to resume after Louisiana and 13 states filed a March 2021 lawsuit.

In accordance with the order, the administration in November 2021 and December 2021 auctioned more than 80-square-miles of oil and gas leases in the Gulf, the largest lease sale in the nation’s history. Shell, BP, Chevron, and Exxon Mobil, offered $192 million for about 1.7 million acres in leases.

In February, the administration announced that it would extend the lease pause in response to the ruling as part of its continuing review of the climate impacts of fossil fuels on public lands.

According to Public Citizen, the Bureau of Land Management (BLM) approved about 333 drilling permits each month between February 2021 and November 2021 with 839 issued in December 2021; most were Gulf leases voided by the U.S. District Court in D.C.

The statistics have spurred heated criticism from environmentalists and clean energy advocates who claim that Biden has betrayed his campaign pledge.

On Jan. 19, more than 360 climate, conservation, environmental, and community groups petitioned the administration to use its executive authority to phase out oil and gas production on public lands and waters.

But that lease count is deceptive, industry experts say, because those permits were initiated before the moratorium went into effect, and the pause will cause disruption in any ramp-up.

Step in the Right Direction

The United States will again be a net importer of crude oil in 2022 after becoming a net exporter of total energy in 2019 and a net oil exporter in 2020, according to the International Energy Agency.

“It’s clear that the Biden administration hasn’t had domestic energy’s best interest in mind thus far,” Louisiana Oil and Gas Association President Mike Moncla said. “Let’s not forget—the price of oil had doubled and the price of a gallon of gas had tripled before Russia invaded Ukraine’s sovereign borders.

“That being said, today’s action is a positive step that Republicans and Democrats alike in Congress made possible.”

McConnaughey said, “Obviously, we have been saying all along that the administration should be doing all it can to increase the production of domestic energy, which we are fully capable of doing.”

He said the ban “is a step in the right direction for the American petroleum and gas industry and, especially for the industry in Wyoming. But at this point, based on the actions of the administration, I would not be optimistic” that domestic energy production can be dramatically increased soon.