US Unemployment Claims Rose to 227,000 in March 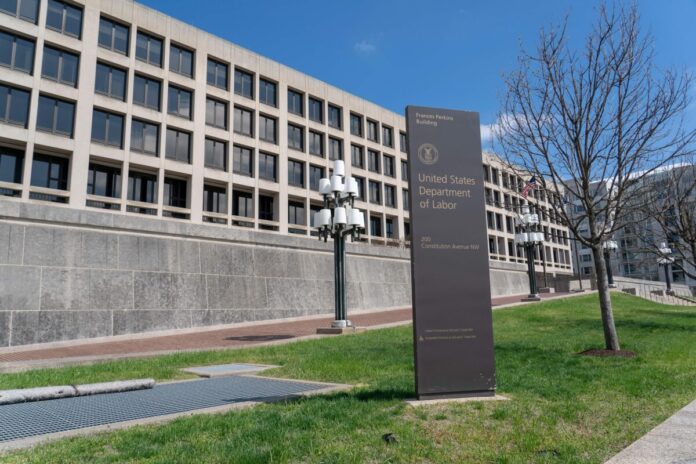 First-time claims for unemployment benefits in the United States were up higher than expected in the week ending March 5, according to the jobless claims report (pdf) released March 10 by the U.S. Department of Labor.

The latest weekly data shows the impact of the Omicron variant, which hit the United States earlier this winter, briefly disrupting the labor market’s recovery. But new applications for unemployment benefits are still near historically low levels as employers cling to workers in a tight labor market.

Jobless claims in the first week of March were revised upward to 216,000 from the 215,000 originally reported in the last full week of February, marking a two-month low, and the least number of weekly claims since the week ending Dec. 31, when total weekly claims were at 207,000.

Continuing claims, which are a proxy for the total number of people on state unemployment rolls, ticked up to 1.494 million for the week ending Feb. 26, from 1.469 million a week earlier.

Filings for unemployment claims have decreased after a temporary surge in mid-January to nearly 300,000, following a rush of workers applying for benefits amid disruptions from the Omicron variant, and the end of seasonal employment following the holidays.

In February, the Department of Labor reported the American economy added 678,000 new jobs, the greatest monthly increase since July 2021, as employment numbers increase in an already tight labor market.

For the first two months of this year, employers have added more than a million jobs, with the unemployment rate edging closer to its pre-pandemic levels.

Average hourly earnings decelerated in February but rose 5.1 percent on a year-over-year basis.

Inflationary pressures did not seem to have any effect on hiring.

Consumer spending rose at a good pace in January, but the positive numbers may face a decline, as Americans cut back on shopping, travel, and other discretionary spending due to higher gasoline prices.

The Federal Reserve Board will take the improving labor market into consideration when the board deliberates the expected interest rate hike in March.

“As a result, employers are having difficulties filling job openings, an unprecedented number of workers are quitting to take new jobs, and wages are rising at their fastest pace in many years,” he said.

Powell added that fellow central bank policymakers agreed that the current labor situation is consistent with maximum employment, and as a result, the board would support a 25-basis point interest-rate hike, or an increase of 0.25 percent, after the Fed’s next meeting concludes on March 16.

The Russian invasion of Ukraine may also push inflation up from already elevated levels, but the economic effects of the conflict on the U.S. jobs market remains unclear at this stage.