US Oil Industry Responds After Biden Cuts Imports From Russia 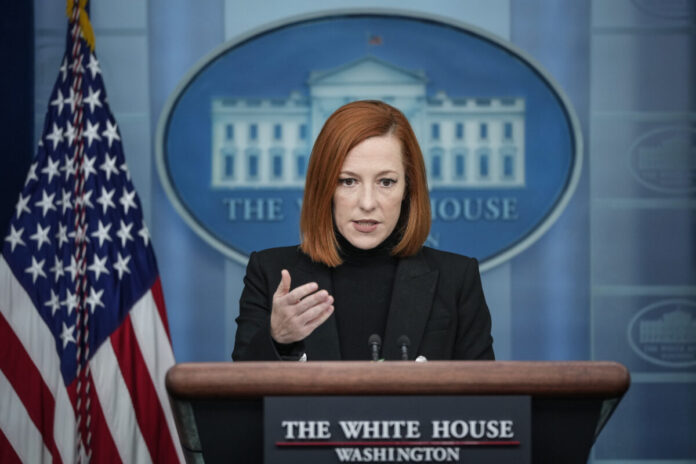 On Tuesday, while President Joe Biden announced a ban on Russian oil and gas imports, regular gasoline at one BP on Chicago’s South Side was nearly $5.00 a gallon.

“$25 is only giving you half a tank,” said Dacia, who was buying a few dollars of fuel.

“I probably have to go to Indiana to find somewhere else cheaper. People don’t really have that much money,” she told The Epoch Times.

The previous day, average national gas prices had shattered the record set in 2008, reaching a new high of $4.104 according to GasBuddy. That number surged even higher Tuesday, reaching $4.173 according to AAA.

“Gas is now officially more expensive than the movie I Am Legend imagined it would be during the apocalypse,” wrote PragerU’s Taylor Trandahl on Twitter.

Brent crude hit $139 per barrel Monday. Meanwhile, some traders are betting oil will reach $200 a barrel during March.

The most recent uptick in prices has to do with the Russia-Ukraine war, according to de Haan and other experts. Yet experts who spoke with The Epoch Times emphasized that prices had been increasing long before that conflict began.

“Russia’s war against Ukraine has added a premium to the price of crude on the global market of $15 to $20 per barrel, and promises to add more if the conflict is extended. But the oil price was $37 per barrel when Biden was elected and had already risen by $60 before Russia’s invasion due to supply and demand factors,” said David Blackmon, editor of SHALE Magazine and co-host of In The Oil Patch radio show, in an email interview with The Epoch Times.

“The fact is the market has been under-supplied for months now, and Biden has contributed to that greatly by his efforts to hamstring the U.S. oil industry. That’s the truth.”

“The geopolitical risk and fear in the market does play a role. However, I think the bigger problem is a fundamental problem—we were already in an undersupplied market with a very low inventory,” Shubham Garg, Founder and CEO of White Tundra Investments, told The Epoch Times.

“American domestic production and Canadian production have been unfairly targeted,” he later added.

Karr Ingham, a petroleum economist with the Texas Alliance of Energy Producers (TAEP), told The Epoch Times that a slow recovery from the COVID-19 production downturn partly accounted for the long-range rise in prices—a conclusion similar to that of EIA Administrator Steve Nalley, who testified before the Senate in November 2021 that rising oil prices are driven by global petroleum consumption outpacing production.

“The question is, why weren’t we growing production on the heels of that much faster than we were?” Ingham asked. “I think it’s quite safe to say that the political, legislative, and regulatory environment is openly hostile, or has been, to growing or re-establishing U.S. domestic crude oil production.”

“It’s quite disingenuous to simply blame our current price levels on what Russia did, because we had a $90 base of crude oil pricing in place before this happened,” he added.

Yet when the Biden administration has been pressed on rising gasoline prices, which have trended upward since November 2020, it has blamed Russia and exempted its own policies from fault.

At a press conference on March 4, White House press secretary Jen Psaki told reporters, “The reason why the price of gas is going up is not because of steps the President has taken. They are President [Vladimir] Putin is invading Ukraine, and that is creating a great deal of instability in the global marketplace.”

At a March 7 press conference, Psaki doubled down. Asked whether post-pandemic supply chain factors were already a driver of increased gas prices before the invasion, Psaki said, “The anticipated continued increase … is a direct result of the invasion of Ukraine.”

“Federal policies are not limiting the supplies of oil and gas,” she later stated at the same press conference.

“It’s simply not true that my administration or policies are holding back domestic energy production,” said Biden in his Tuesday press conference announcing the Russian energy restrictions. He cited the fact that almost 90 percent of onshore oil production does not occur on federal land as well as the fact that oil and gas firms have more than 9,000 unused permits.

In a Fact Check released yesterday, the Institute for Energy Research (IER) pointed out that oil exploration on federal lands rapidly declined under the Obama administration.

“The reality is that federal lands vastly underperform on oil and gas production versus state and private lands because the federal government owns the majority of the mineral estate,” the IER wrote.

“You can hold a lease without deciding to develop or produce it based on the economics of that lease. Companies have always made decisions based on lease economics,” said Ingham of TAEP. “To suggest they’re not going to offer more leases until companies drill what they have now—that’s making decisions on behalf of companies that the administration is neither qualified nor authorized to make.”

Tim Stewart, President of the U.S. Oil and Gas Association, had a straightforward response to Biden’s comments Tuesday: “Cut the crap and approve our permits.”

Biden administration officials are making overtures to Venezuela, Iran, and Saudi Arabia in the hopes those countries will boost production and reduce oil prices.

“Venezuela has probably some of the dirtiest oil in the world,” said Garg, of White Tundra. “Even if they remove the sanctions, that industry is in such a collapsed state that it’s going to require hundreds of billions of dollars and expertise from America.”

“Higher oil and gas prices make electric vehicles and renewable energy more price competitive. This is illustrated by the fact that officials like Pete Buttigieg continue to double down on that agenda as the ‘solution’ to our high gasoline price issue. That’s why you see him, Biden and Kamala Harris advocate for more oil from Venezuela and Iran, but not from our own domestic industry,” said Blackmon, of SHALE Magazine.

The Epoch Times has reached out to the Treasury Department to see if Biden’s ban on Russian oil and gas will still allow for energy-related “U-turn transactions,” as described by the U.S. Treasury Department in a March 2 statement on the sanctions on Russia by that date. U-turn transactions would allow the U.S. to continue purchasing Russian oil and gas through a third-country financial institution.