What is a Taliban Education System Truly Worth? – The Diplomat 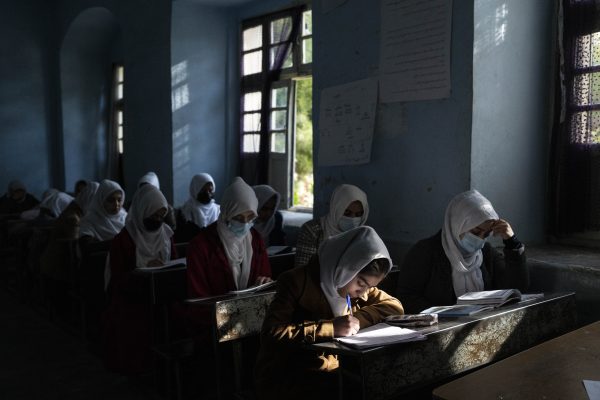 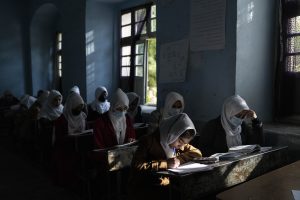 While the reopening of public and private universities in Afghanistan may seem like a gesture of appeasement by the Taliban, it poses greater challenges to the international community and security if schools and universities come to harbor and breed more Islamic fundamentalists.

As of February 4, public and some private universities in Afghanistan have reopened, with female students returning to classes segregated from their male peers. The Taliban previously stated that public universities would reopen, starting from February 4 for universities in warmer areas and February 26 in colder ones. As a quid pro quo, the group may accommodate the inclusion of women in the education sphere as one of the West’s demands, in hopeful exchange for foreign aid and the unfreezing of Afghan state assets.

However, learning from history and its origins, the objectives of the reemergence of higher education in Afghanistan merits a more critical reappraisal. Taking the group’s theology, Deobandi fundamentalism, and militant Islamism into account, the education system under the Taliban would differ considerably from that of secular education. The consequences will be a lack of an impartial education and the implementation of a curriculum that serves the values and ideology of the Taliban, likely to include the prohibition of any field of study that possibly threatens the group’s legitimacy and discounts its values. No Simone de Beauvoir’s “Second Sex” in French Literature, but the preservation of courses that relate to political Islam.

In 2014, the Taliban intervened and changed the Republic’s school curriculum in Kunduz, Paktia, and Nangarhar, three provinces that were controlled by the group at the time. They banned secular education and changed the curriculum to be completely religious — in accordance with their ideology and values — and dropped the subjects of English, culture, history, and physical education.

The Taliban, which can be translated as “students of Islam” or “the seekers of knowledge,” date back even before Ahmed Shah Durrani became the king of the modern-day Afghanistan, as Steve Coll’s “Ghost Wars” put it. The young, driven, and intentioned Talibs were educated in small madrassas and would later migrate to a larger one in their young adulthood, in the aftermath of which they would return to their respective villages and teach younger students. In the later 20th century, some such Talibs were exiled Pashtuns from Kandahar, trained in Pakistani and Saudi intelligence-led training camps and madrassas in Pakistan during the anti-Soviet jihad, the civil conflicts among Afghan factions, later, and the rise of the Taliban to power during the 1990s. These conflicts changed the group’s curriculum, with new religious texts based on austere Saudi theology and creeds being incorporated. One of the madrassas located in Peshawar, Haqqania, adopted a mixed curriculum of transnational political Islam and Deobandism, a strict form of Islam which rejects an Islamic approach of adaptation to changing societies.

The current humanitarian, political, and economic crises have probably subjected the Taliban to ideological compromises between the group’s moderate and hardline factions, in an attempt to win support from the international community. The Taliban would have reasonable expectations of receiving more financial aid from the international community to support the country’s education system and retrieving the country’s currently frozen assets that are worth billions of dollars. However, the U.S. and its allies shouldn’t take it as an article of faith that the Taliban have no hidden agenda behind their education policy, and unconditionally accept the simple reopening of schools. The international community must have a U.N.-backed monitoring and controlling mechanism for the education system in Afghanistan.

An education system without both monitoring and control mechanisms in Afghanistan while supplying the Taliban financial aid is a tenfold failure, equivalent to the covert action undertaken by American, Pakistani, and Saudi intelligence decades ago to aid the group during its first years, without figuring out the bigger picture of the group’s motivations. Having resisted outside interventions for decades, the Taliban have both learned and unlearned a lot to pursue their domestic agenda while maintaining relations with international actors. Training camps and madrassas dedicated to a hardline curriculum and public preaching denouncing Western values would serve as tone-deaf strategies today; the group has become better at the diplomacy of soft power, and if it were to breed new generations of hardline Islamists, the education sector is what they would invest in.

A carte blanche in letting the Taliban government determine the country’s education system will only give birth to hardline successors for the group’s leaders of today, since the Taliban will not allow any courses that can challenge their ideology and potentially breed a new resistance. Even though it is not possible to adopt a secular education system as exists in the West, for example, in the sense of the complete separation of state affairs and religion, the country nevertheless needs an impartial education system where it teaches the good, the bad, the everything. Afghanistan must have education, but it must not be a means to indoctrinate younger generations on the path to becoming radical Islamists. However, any outside interventions to resist the group’s education curriculum is equivalent to challenging the Islamic ideology and values they hold, posing another deadlock in further negotiations between the group and the international community.

At the end of the day, the Taliban’s investment in education should not ring as encouraging as seeing women’s inclusion in its government would. If the group wanted to appease the international community in exchange for financial support, they would have co-opted female figures into government bodies — a movement that would have cost no dollars and would have won them popular support. The reopening of universities in the country may cost more than it’s worth, given the likely curriculums and the outcome of training more in a system supportive of the Taliban’s ideology. The Taliban don’t want to appease the U.S. and its allies, but they do have a critical self-interest in investing in education. Let’s hope the U.S. does not get flattered.