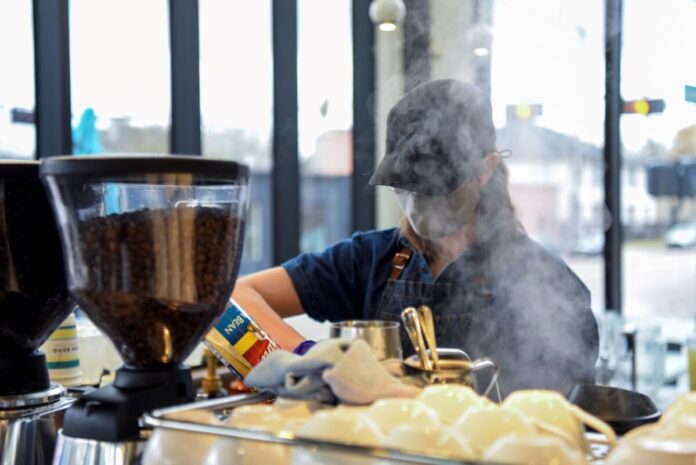 WASHINGTON—A measure of U.S. services industry activity dropped to a one-year low in February and employment contracted, suggesting that a slowdown in economic growth at the end of 2021 persisted beyond the disruption from the winter wave of COVID-19 cases.

The Institute for Supply Management said on Thursday its non-manufacturing activity index fell to 56.5 last month, the lowest reading since February 2021, from 59.9 in January.

The third straight monthly decline in the index was despite coronavirus cases, driven by the Omicron variant, decreasing substantially from mid-January. A reading above 50 indicates growth in the services sector, which accounts for more than two-thirds of U.S. economic activity.

Economists polled by Reuters had forecast the index rising to 61. The bulk of the survey was likely conducted before Russia started its war against Ukraine last week, which has boosted prices of oil, wheat, and other commodities.

The economy hit a speed bump in December as Omicron raged across the nation. The United States is reporting an average of 61,742 new COVID-19 infections a day, a fraction of the more than 700,000 in mid-January, according to a Reuters analysis of official data.

The ISM’s measure of new orders received by services businesses dropped to a reading of 56.1, also the lowest in 12 months, from 61.7 in January. Its services industry employment gauge dropped to a 1–1/2-year low of 48.5 from 52.3 in January. It was the first contraction in the index since June 2021.

The drop could be the result of worker shortages. There were a near record 10.9 million job openings at the end of December. The ADP employment report on Wednesday showed small business payrolls falling in February. Weak employment in the services sector and small business poses a risk to February’s nonfarm payrolls.

A measure of order backlogs at services businesses jumped to 64.2 from 57.4 in January, mirroring a similar change in the ISM manufacturing survey published on Tuesday.

While unfinished work indicated strong demand, it underscored the strained supply chains. The survey’s measure of supplier deliveries rose to a reading of 66.2 from 65.7 in January. A reading above 50 percent indicates slower deliveries.

As a result, services inflation picked up. The ISM’s measure of prices paid by services industries rose to 83.1 from 82.3 in January. The Russia-Ukraine conflict is expected to further stoke inflation pressures.

Federal Reserve Chair Jerome Powell told lawmakers on Wednesday that he was “inclined to propose and support a 25-basis-point rate hike” at the U.S. central bank’s policy meeting this month but would be “prepared to move more aggressively” if inflation does not abate as fast as expected.

Economists are expecting as many as seven rate hikes this year.