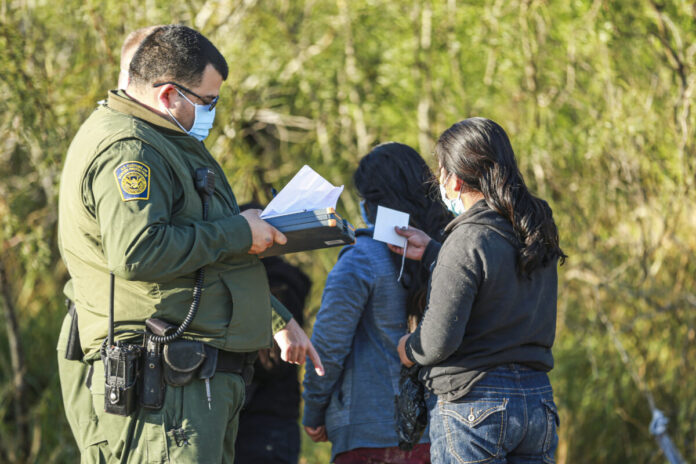 Two United Nations-sponsored groups in southern Mexico are reportedly coaching immigrants arriving there on “repressed memories” that would allow them to gain asylum cards in Mexico for passage northward and then illegal entry into the United States.

Both the Jesuit Society of Refugees and an outfit called Fray Matias de Cordova, based in the Mexican city of Tapachula near the border with Guatemala, are advertising “psychological” help in store windows there, according to Todd Bensman, a security fellow at the Center for Immigration Studies, which favors greater restrictions on immigration.

At these sessions, in which thousands of immigrants have reportedly participated, people are helped to recover memories of alleged trauma they suffered in their home countries, Enrique Vidal of Fray Matias de Cordova told Bensman during a visit to the southern region last month. By claiming they are victims of such abuses, immigrants can qualify for asylum in Mexico even if, as in many cases, their initial application on economic hardship grounds has been rejected.

“With their newfound memories of more eligible claims,” Bensman wrote for his organization’s website, “the immigrants get asylum (a term many use interchangeably with refugee status) and Mexican residency cards, which many then promptly use to pass through Mexico and make illegal entry over the American border.”

The concept of repressed memory and its reliability as evidence has proved controversial in American jurisprudence. In the 1990s, several high profile cases involving day care centers made headlines, with stories of children subjected to bizarre sexual and satanic rites.

In the aftermath, some experts have sought to debunk the validity of “repressed memory” as a source of reliable evidence. While there is widespread agreement that a remembrance of horrific and traumatic experiences may sometimes be buried, such memories can also be created, according to academics who have delved into the psychology.

Bensman asked Vidal of the border aid group if “the people you are helping [have] already made the mistake of not telling the authorities their traumatic experiences that qualify” for asylum or refugee status, meaning on their appeals.

According to excerpts transcribed from the interview, Vidal told Bensman that his group has achieved “a high percentage of success”—more than 90 percent—in helping clients overcome previous Mexican denials and obtain the necessary paperwork for immigrants from the “Northern Triangle” countries of Guatemala, Honduras, and El Salvador; Haiti and other countries to continue traveling northward.

The Jesuit Society of Refugees did not respond to questions it requested in writing from RealClearInvestigations on its activities in Tapachula and, in particular, the psychological counseling sessions.

The United Nations and the Mexican embassy also did not respond to questions. RCI left a phone message for Vidal in English and Spanish but the call was not returned.

Bensman said he had travelled to southern Mexico in January because Mexican authorities were bottling up thousands of immigrants in Chiapas and Tabasco states at the request of the Biden administration, which wants to slow the torrent of people heading to and crossing the U.S. southern border.

The throngs of immigrants in Tapachula have led to strained relations between Mexicans and the newcomers, and last week the city of some 350,000 was in the news when a dozen illegal immigrants sewed their mouths shut in what Reuters called “a bid to convince the country’s immigration authority to grant them passage toward the U.S. border.”

During his trip, Bensman said he was puzzled by the storefront signs offering “psychological” services in Tapachula, some 1,500 miles south of the U.S. border. Immigrants told him the sessions offered a new path to an asylum card which, once granted by Mexico, permits a person to travel freely within the country.

“They need Mexican asylum, residence cards,” he said. “That’s the card that lets them travel to our border.”

During their interview, Vidal told Bensman that his group offered the counselling because many people are unfairly denied asylum cards. He agreed that many people want to migrate to the United States for economic reasons, but, he said, that is not the only one.

Hence the psychological counseling, which appears to be offered on both an individual or group basis.

“They [have’ need of a lot of psychological assistance to clear things in their memories so that they can remember what they went through in their country,” Vidal said, mentioning “different acts of violence, sexual abuses, detentions and or tortures.”

When Bensman pressed, asking if the counseling couldn’t veer off into “coaching” such memories, Vidal pointed to the better-than-90 percent success rate of getting refugee status in Mexico as proof the people were telling the truth.

“If in the majority of the cases the people would be lying we wouldn’t be successful, the authorities would not approve of our cases as refugees,” Vidal said. “If we have a high percentage of success [it] is because it [is] the truth about what the people are saying. Because for a migrant it is much difficult to lie because of the effects of immigration that implies itself and the authorities would find out about that.”

Vidal added, “The other thing is that we have a very good relationship with the authority in charge of the procedures of refuge that is different of that of the Immigration Law. And this authority believes in us in our work and our organization.”

RCI asked two prominent experts—Elizabeth Loftus of the University of California at Irvine and Richard McNally of Harvard University—about the topic of “repressed memory.” While the two are not familiar with what is happening in Tapachula, the practice is problematic, they said.

“I only know about the suggestive activities that occur in therapy that lead people to sex abuse memories,” said Loftus, who helped unravel a hoax of “repressed memories” in Wenatchee, Wash., that led to 29,726 counts of sexual crimes in the 1990s. “It’s possible that similar activities could be going on in the immigration interviews that lead people to construct memories that will serve a useful purpose for them.”

This article was written by James Varney for RealClearInvestigations.