Russia Might Confiscate Assets of US Citizens in Sanctions Escalation Threat 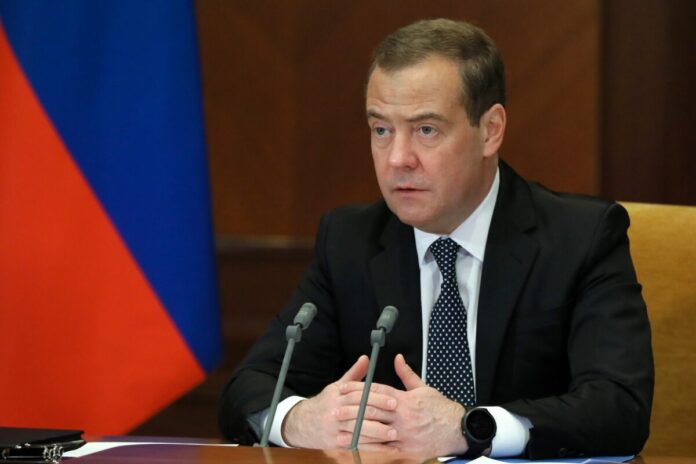 Former Russian President Dmitry Medvedev struck a sharply hawkish tone on Saturday in response to Western sanctions over the invasion of Ukraine, suggesting Moscow might not just freeze, but possibly even confiscate, the assets of Americans, Europeans, and people from other “unfriendly jurisdictions.”

Medvedev, who served a term as Russia’s president and is now deputy chairman of its Security Council, struck a defiant tone in a post on social media, saying that Western sanctions and asset freezes targeting Russia and its leaders demand a response.

But while he said Western sanctions and asset freezes must be answered “quite symmetrically,” his remarks suggest Russian authorities might be mulling an escalation. Medvedev called for an asset freeze and “maybe” an outright confiscation by the Russian state of property of individuals in Russia who are registered in what he described as “unfriendly jurisdictions.”

Medvedev explicitly pointed the finger at the United States, European Union member states, and “a number of sing-along states of the Anglo-Saxon world.”

Russia’s state-controlled Tass news agency signal-boosted Medvedev’s remarks, framing them as an explicit warning that Russia might nationalize the assets of U.S. and EU citizens in response to sanctions.

Asset freezes under international sanctions regimens are measures that prevent the use, movement, or transfer of these assets, but not their confiscation, or transfer of ownership. Medvedev’s remarks suggest Moscow is mulling an outright confiscation by the Russian state, or nationalization, of the target assets.

Spurred to action by Russia’s large-scale invasion of Ukraine, Western leaders have pressed ahead with a raft of tough sanctions this week, including targeting Russian banks and restricting the country’s ability to raise capital in international markets.

While debate continues on further punishing Russia for its assault on Ukraine by ejecting it from the SWIFT global interbank payments system, a number of countries and jurisdictions, including the United States, have imposed asset freezes on Russian President Vladimir Putin and members of Russia’s Security Council.

In his remarks, Medvedev also said that the sanctions offer the Kremlin an opportunity to completely review its ties with the West, suggesting that Russia could opt out of the New START nuclear arms control treaty that caps U.S. and Russian nuclear arsenals.

Medvedev also raised the prospect of severing diplomatic ties with Western countries, arguing that “there is no particular need in maintaining diplomatic relations” and suggesting a reversion to a Cold War type of standoff.

“We may look at each other in binoculars and gunsights,” he warned.