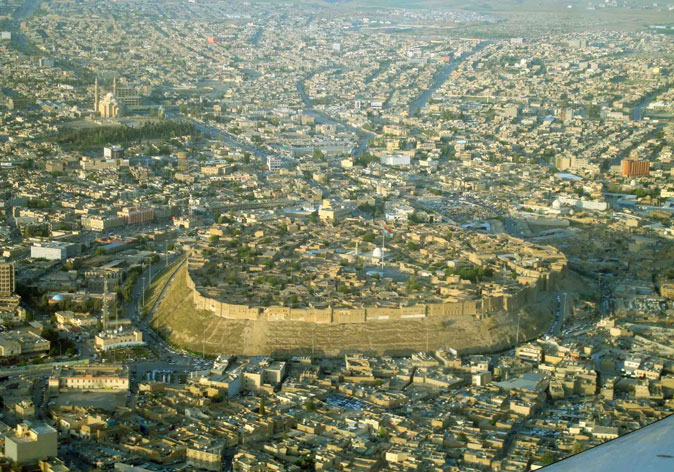 The following story contains descriptions of violence that may be disturbing to some readers.

The Department of Justice arrested a Pennsylvania man Thursday on torture charges for acts he allegedly committed in 2015 while working in Iraq. These new counts are in addition to a 2018 indictment that charges he illegally exported gun parts and tools from the United States to Iraq as part of a weapons project in Kurdistan, Assistant Attorney General Kenneth A. Polite Jr. of the DOJ’s Criminal Division said Friday in a statement.

Roggio’s company struck a business deal with Kurdish authorities in which he managed the construction of a weapons factory to produce weapons for Kurdish soldiers in the Kurdistan region of Iraq, the indictment says. As part of this arrangement, Kurdish soldiers were made available to Roggio.

An employee had concerns about the weapons project, and to prevent the employee from interfering with the project by exposing its existence to individuals outside of Kurdistan, and by revealing to Kurdish officials that Roggio did not have the ability to produce the weapons but was instead diverting their money for his personal use, Roggio had the employee abducted from his home in the Kurdistan region by armed Kurdish soldiers who put a bag over his head. The employee was held in a military compound for 39 days and tortured during multiple interrogation sessions led by Roggio, the indictment says.

During the interrogations, Roggio directed Kurdish soldiers to suffocate the employee with a bag; taser him in the groin and other areas of his body; beat him with fists and rubber hoses; jump violently on his chest while wearing military boots; and threaten to cut off one of his fingers while applying pressure to the finger with a large cutting tool. The indictment also alleges that during one session Roggio wrapped his belt around the employee’s neck, yanked him off the ground, and suspended him in the air, causing him to lose consciousness.

The indictment said that under Roggio’s direction, some of his other employees were forced to watch some of the torture, intended to inflict severe pain on the victim. It is alleged that this was done to threaten and intimidate other employees by showing what might happen to them if they tried to interfere with the weapons project.

The grand jury investigating the case alleges the torture continued from around Oct. 14 to Nov. 21, 2015, and goes on to accuse Roggio Consulting Company in Stroudsburg of violating the Arms Export Control Act for “exporting defense services and defense articles without a license.” The indictment indicates that that it is unlikely a license would have been granted based on current U.S. laws.

The indictment says that from 2013 to 2017, Roggio and two unidentified co-conspirators bought and attempted to buy gun parts in the United States with the intent of sending them to Iraq where they would be used to make completed guns in a manufacturing facility Roggio constructed and operated.

Roggio is the second U.S. citizen to be charged with violating the torture statute that went into effect in 1994.

The FBI and Homeland Security Investigations investigated the torture allegations and were joined in the investigation of the alleged arms export violations by the Department of Commerce, Bureau of Industry and Security, and Office of Export Enforcement.