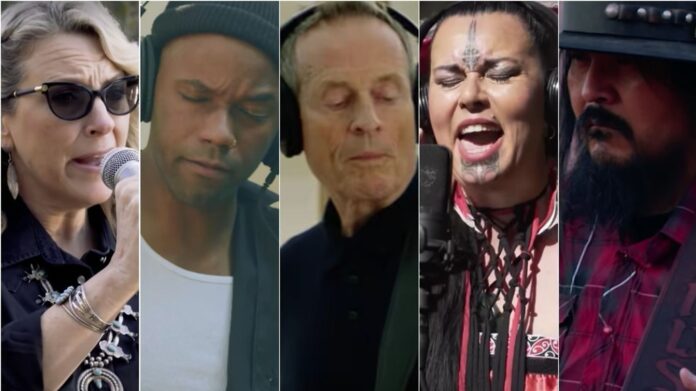 The song ― originally recorded by Kansas Joe McCoy and Memphis Minnie nearly a century ago to commemorate the Great Mississippi Flood of 1927 ― was the closing track of Zeppelin’s untitled 1971 album, aka “Led Zeppelin IV.”

Along with Jones, the new version features Stephen Perkins of Jane’s Addiction, Susan Tedeschi and Derek Trucks, along with more than a dozen musicians from seven nations playing remotely:

“Looking at ‘When The Levee Breaks’ through the lens of producing a song to raise awareness for key environmental organizations truly felt like a plea for climate justice,” Sebastian Robertson, who plays on the track and co-produced it, told Rolling Stone. “The wailing guitars, harmonica, and vocals all in harmony for Mother Earth.”

“It seems that little has changed since 1927, or even 2005 with Katrina. It’s still a really powerful track, both musically and lyrically,” Jones said in a statement released by Playing for Change.

Check out Playing for Change’s past efforts on the organization’s YouTube channel.