DHS Warns of Potential Russian Cyberattacks in US 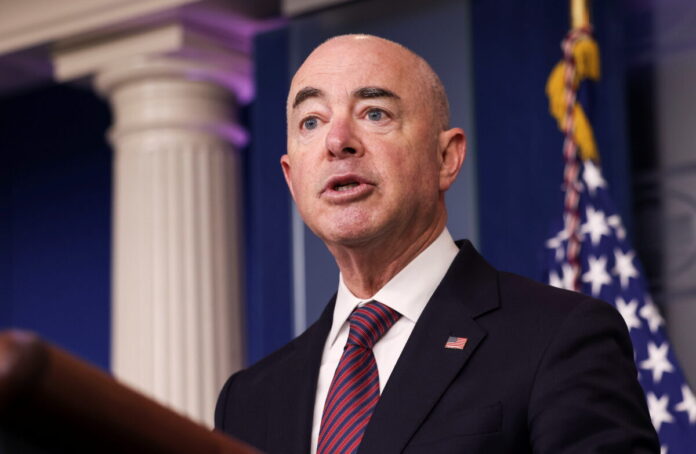 The Department of Homeland Security (DHS) is warning of potential Russian cyberthreats to U.S. organizations at all levels as Russia–Ukraine tensions continue to intensify.

The federal agency issued a “SHIELDS UP” advisory stating that the Russian government understands that disabling or destroying critical infrastructure—including power and communications—can “augment pressure on a country’s government, military, and population and accelerate their acceding to Russian objectives.”

“The Russian government has used cyber as a key component of their force projection over the last decade, including previously in Ukraine in the 2015 timeframe,” DHS’s Cybersecurity and Infrastructure Security Agency stated.

“We have no information to suggest a specific credible cyber threat against the U.S. homeland, but it is our responsibility to be prepared,” Mayorkas wrote on Twitter.

The FBI’s David Ring told reporters during a phone briefing that Russia is a “permissive operating environment” for cybercriminals, one that “is not going to get any smaller” as the Russia–Ukraine crisis continues and further sanctions are imposed against Russia, CNN reported, citing two people who were on the call.

The advisory comes after Biden told reporters on Feb. 22 that the United States would impose sanctions against two large Russian financial institutions and Russian sovereign debt. Biden administration officials said Russian elites and their family members would also be sanctioned.

“This is the beginning of a Russian invasion of Ukraine,” Biden said. “Russia has now undeniably moved against Ukraine by declaring these independent states.

“As Russia contemplates its next move, we have our next move prepared as well. Russia will pay an even steeper price if it continues its aggression, including additional sanctions.”