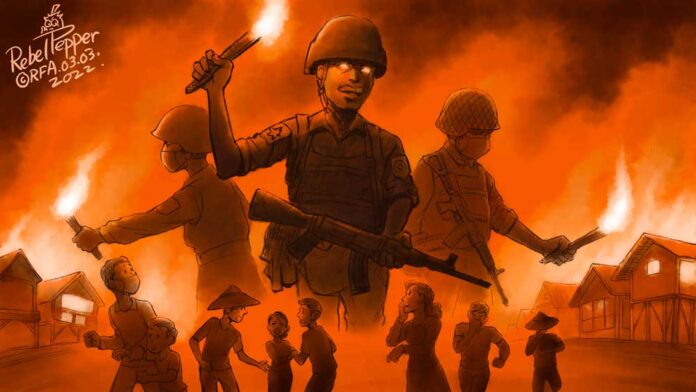 The junta that overthrew Myanmar’s elected government on Feb. 1, 2021 has used helicopter gunships and fighter jets to terrorize areas that have opposed military rule. The military has also resorted to torching villages it suspects of supporting resistance to the junta. The tactic, used for decades in ethnic conflicts, has landed Myanmar in the International Court of Justice to face crimes against humanity charges for a 2017 scorched-earth campaign to expel Rohingya Muslims. Arsonists from the army and allied militias burned more than 6,100 houses across the Southeast Asian country in the year to March 1, according to the research group Data for Myanmar.