Mongolia and Japan Celebrate 50 Years of Diplomatic Relations – The Diplomat 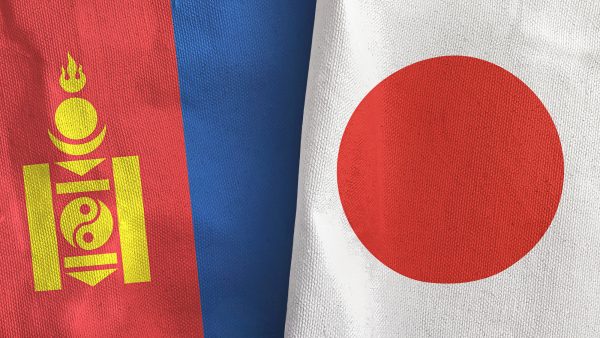 February 24 marked the 50th anniversary of Mongolia and Japan’s establishment of diplomatic relations. Beyond the Japan-Mongolia strategic partnership in the political and economic fields, the two governments are dedicating 2022 as a Year of Friendship and Exchanges between the Mongolian and Japanese Children and Youth.

Since Japan’s first encounter with the Mongols in the 13th century, Mongolia and Japan’s bilateral relations were hindered by geopolitical instabilities and expansionist ideologies involving not only Japan but also Russia and China, followed by the years of Cold War spoils.

The Battle of Khalkhiin Gol of 1939 – known as the Nomonkhan Incident in Japan – was the culmination of the geopolitical competition between Japan’s Kwatung Army and Soviet Russia over the eastern territories, including Mongolia’s borders. In the words of Japanese historian Atsushi Kawai, “The defeat of the Battle of Khalkhiin Gol, for the Japanese government, was the turning point from the Northern Expansion Doctrine (Hokushin-ron) to the Southern Expansion Doctrine (Nanshin-ron) then to Pacific war.” The Battle of Khalkhiin Gol, often unheeded in the world history, was indeed a watershed moment in shaping the policies of the Northeast Asian countries.

It would take more than four decades for Mongolia and Japan to normalize diplomatic relations. It wasn’t until 1968 that Mongolia and Japan actively discussed bilateral friendship. The then- chairman of Mongolia’s Peace Committee, D. Adilbish, attended the opening ceremony of the Japan-Mongolia Friendship Association and a conversation took place that opened the door for future diplomatic relations. Later, in 1970, Mongolian People’s Republic (MPR) Prime Minister Tsedenbal Yumjaa reiterated Mongolia’s readiness to normalize relations with Japan.

Since the establishment of diplomatic relations, Japan has made itself Mongolia’s important democratic supporter and financial donor, becoming Mongolia’s first “third neighbor” in Asia.

Following the establishment of diplomatic relations, the Political Bureau of the Mongolian government issued decree No.161, “Developing Mongolia and Japan’s economic cooperation.” Within that framework, the Japanese government provided major financial assistance and investment in Mongolia’s metallurgy, energy, cashmere, and mining sectors. For example, in 1977, “Japan granted aid for the construction of the [state-owned] Gobi Cashmere Factory, which was privatized in 2007.” Japan’s support ultimately jump-started the Mongolian cashmere sector to a larger market.

Japan is one of the few countries that contributed to Mongolia’s development not only financially but by contributing to tangible assets. In 1993, Japan provided technical assistance in railway transportation rehabilitation projects, the rehabilitation of a thermal power plant in Ulaanbaatar, and Baganuur coal mine. By 1996, Mongolia and Japan set a goal to build a comprehensive partnership.

While Japan’s assistance strengthened the two countries’’ political and economic relations, cultural and educational exchange enhanced people-to-people relations and became the bridge for further civil collaborations. Sumo wrestling has become a new mechanism for cultural ties. Oka Hiroki, professor of Asian history at the Center for Northeast Asian Studies, wrote, “For some reason, the Mongols always seem to catch the Japanese by surprise. The 13th-century Mongol invasion materialized out of thin air, as did the more recent ‘invasion’ of talented sumo wrestlers from Mongolia.”

Furthermore, Japan has become a favorable destination for Mongolian students, scholars, and intellectuals to study abroad. As of 2022, there are around 4,500 Mongolian students who have studied in Japan’s leading universities, such as Tokyo University and Kyoto University. According to the Embassy of Japan in Mongolia, Japan Overseas Cooperation Volunteers (JOCV), Official Development Assistance (ODA), Mongolian-Japanese Economic Partnership Agreement (EPA), and other educational and cultural organizations all played a role in strengthening Mongolia and Japan’s friendly relations.

In 2015, Japan became Mongolia’s strategic partner and signed the Economic Partnership Agreement (EPA). The EPA aimed to tackle legal and technical aspects of the trade, tax, customs, investment, intellectual property, and cyber trade as such.

In 2021, one of the major Japanese investments in Mongolia proved to be fruitful – Mongolia’s second international airport, located in Khoshig Valley, which required $493 million in investment, is now fully operational.

From a diplomatic relations standpoint, Japan-Mongolia relations advanced during the second Abe administration in Japan (2012-2020). In those eight years, Mongolia-Japan strategic partnership included military and defense elements. Since 2012, Japan’s Capacity Building Assistance to Mongolia has included training for military medical professionals during disaster relief. For example, five medical officers of the Mongolian Army received training on disaster medicine. Moreover, since 2014, the Capacity Building Assistance to Mongolia program has included training in civil engineering, land surveying methods, and techniques. In turn, Mongolia assisted Japan during the Great Hanshin earthquake and the Fukushima crisis. Mongolia donated $1 million and sent rescue supplies to Miyagi and Iwate prefectures for reconstruction in 2011.

For Japan and Mongolia’s 50th anniversary, the president of Mongolia, Khurelsukh Ukhnaa, received the Japanese ambassador to Mongolia, Kobayashi Hiroyuki. Both sides agreed on designating 2022 as the “Mongolian-Japanese Youth Friendship and Exchange Year.” Celebratory events such as high-level visits and exchanges of 50 young leaders will be held throughout 2022. The youth from both countries bear the responsibility to bring the partnership to a new level in the next 50 years.

Since his appointment as a Japanese ambassador to Mongolia, Kobayashi Hiroyuki has been supportive of intellectual activities that were initiated by his predecessor, Takenori Shimizu. For example, the Mongolian Seminars, organized by Chuo University, play a role in continuing the Japan-Mongolia relations and its narrative. Moreover, in August, he paid a special visit to the memorials of the Japanese soldiers who did not make it home from the ruins of World War II. Recognizing both historical and contemporary developments are essential in continuing and strengthening the Japan-Mongolia strategic partnership.

The 50th anniversary of Japan-Mongolia diplomatic relations bestows an opportunity to reinvigorate the current strategic partnership between the two countries and its peoples. Mongolian Secretary of State Ankhbayar Nyamdorj stated in his opening remarks at the 50th anniversary event, “Mongolia-Japan strategic partnership not only includes strengthening bilateral relations but also will contribute to the peace and security of the region and its development.” As the Asia-Pacific region continues to be the center of global trade and economic hubs, both Mongolia and Japan will need to embrace and unlock potential for further cooperation.