Imran Khan in Russia and Washington’s Intellectual Crisis – The Diplomat 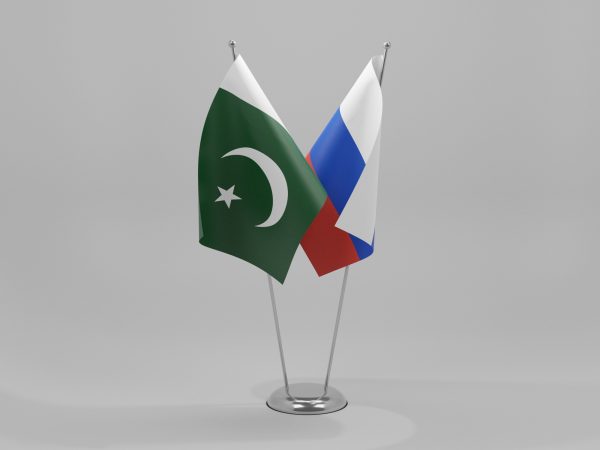 Prime Minister Khan’s visit to Russia may or may not be a good idea but the critique of the American intellectual elite reflects a deep-rooted colonial mindset.

Pakistan Prime Minister Imran Khan’s official visit to Russia at the peak of the Ukrainian crisis has evoked criticism in the U.S. with some members of the think tank and academic community in Washington criticizing the visit for its poor timing, bad optics and irrational policy behavior on the part of Pakistan. Khan’s visit may or may not be a good idea but the critique of the American intellectual elite reflects a deep-rooted colonial mindset.

Khan’s trip was long due and has nothing to do with either the Ukrainian crisis or the emergence of the new Cold War. Pakistan is pressed with economic challenges. Cooperation with Russia on energy and on Afghanistan are key items on the bilateral agenda of Khan’s visit to Moscow. Cancellation of the trip would send out a strong political statement. In the circumstances, going ahead with the trip is a rational decision. This then begs a question on why experts in Washington are deriding the Pakistani Prime Minister’s trip to Russia.

This was, however, made possible not just by the military and economic conquest of territories but also by the intellectual conquest led by the academics and writers who systematically stripped the colonized people of their agency as rational actors, rendering irrelevant their voices and concerns for safety, security and economic well-being.

The Empire may exist no more; the imperial practices, however, continue to thrive even today, especially in Western academia, think tanks and media houses, in terms of their framing of the “other” through loaded terms and narratives like “double gaming,” “sponsor of terror,” etc.

Therefore, when the Prime Minister of Pakistan decided to undertake an official trip to Russia, exerting Pakistan’s agency and independence in foreign policy, there was a sense of surprise and shock within the Western policy and analyst world. This is because academic structures are still so used to framing the post-colonial world as an intellectual subordinate that is either naïve or simply conniving.

The Western intellectual elite then, therefore, resorts to schooling weaker countries in critical and strategic thinking, with an underlying assumption that these countries are not capable of rational thinking.

This is yet another example of the colonial legacy reinforcing the notion that the “West knows Best” in what is good or bad for the developing world that has been conveniently intellectualized as “fragile” and unable and unwilling to do what is best for the “international community.”

That such thinking continues to thrive in the think tank and academia in the West in the year 2022 lays bare the West’s colonial tendencies. That the West continues to believe that rational choice, logic and knowledge are inherently Western traits that are absent in other parts of the world, especially places like Pakistan, lays bare its absolute arrogance. The West seems to believe that pragmatism is when powerful countries follow their national interest; when weaker countries try to do the same they are accused of playing a double-game, being foolish or derided for bad timing.

This inherent discrimination is so deeply imbedded and auto-wired that even the most seasoned Western academics and analysts fall prey to it. There is still, however, some nuanced voices in the West that truly engage with developing countries with an appropriate lens and language to truly understand the state of affairs on ground.

Unfortunately either such voices are not on social media or they don’t use it frequently to share their wisdom. What we are left with is a regressive and rather lazy Western intellectual elite that is relying more and more on social media for its input on analysis, instead of putting in the effort to truly engage with the people and cultures that they write about.

The net result is that the analyses are rejected in most cases by the locals who refuse the reductionist and mis-characterization of their lives and environment by Western scholars who are deeply disconnected from the objects of their study in an otherwise deeply connected world.

Washington, therefore, suffers from a confirmation bias, the effects of which are visible on the ground in policy and practice – its failure in the Afghan war being the most recent one.